Louise Otto-Peters (26 March 1819, Meissen – 13 March 1895, Leipzig) was a German writer, feminist, poet, journalist, and women's rights movement activist. She often wrote under the pseudonym of Otto Stern. She is widely acknowledged as the founder of the organized German women's movement.

Louise Otto-Peters was the daughter of a successful lawyer. She was well educated by private tutors. Both her parents died when she was young and she was forced to consider how she would earn a living. She took up writing in the 1840s producing novels, short stories, poetry, and political articles for journals. She witnessed the effects of the industrial revolution taking place in Germany and supported campaigns for political and social reform. She was a friend of Robert Blum, who became a deputy to the Frankfurt Parliament following the revolution of 1848.

Otto-Peters was inspired by the revolutionary ideas sweeping across Europe in 1848. In that year she founded the newspaper, Frauen-Zeitung (Women's News). Its masthead bore the paper's motto: Dem Reich der Freiheit werb ich Bürgerinnen! ( "I am recruiting female citizens for the realm of freedom!"). It inspired the formation of women's circles across Germany. Frauen-Zeitung was suppressed in 1852 and Otto-Peters retired from political life for a while.

In 1865, she co-founded, with Auguste Schmidt and others, the "Allgemeiner Deutscher Frauenverein" (General Union of German Women) in Leipzig. The goals of the Union were stated in Otto-Peters' pamphlet Das Recht der Frauen auf Erwerb (Women's Right to Work).

The Union had 11,000 members by 1876. Otto-Peters served as joint president, with Schmidt, for the rest of her life. They also jointly edited the house journal, Neue Bahnen (New Paths). 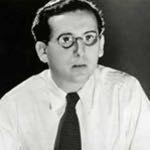