Louise Abeita was born and raised at Isleta Pueblo, New Mexico. Her father, Diego Abeita, was active in tribal government. Her mother, Lottie Gunn Abeita, was from Laguna Pueblo.

I am a Pueblo Indian Girl

In order to showcase his daughter's poems, Diego brought together artists from Navajo, Apache and Pueblo communities to print a book based on them. This group formed the National Gallery of the American Indian (NGAI), and published Abeita's illustrated book. She was 13 years old at the time. I am a Pueblo Indian Girl (1939) has been described as the "first truly Indian book" by historians Gretchen Bataille and Laurie Lisa.

The book depicts the life of Abeita through prose and poetry. Themes throughout the book touch on Pueblo traditions, with illustrations by artists from NGAI complimenting her writing. This book is considered to be the first effort in the Pueblo community to document their own art and culture for non-Native viewers.

She appeared in the 1940 film short Fashion Horizons, showing her book to Hollywood starlets.

The contents of this page are sourced from Wikipedia article on 11 Oct 2019. The contents are available under the CC BY-SA 4.0 license.
comments so far.
Comments
Reference sources
References
https://www.findagrave.com/memorial/133252559
http://www.ipl.org/div/natam/bin/browse.pl/A147
http://rmoa.unm.edu/docviewer.php?docId=nmlcu1ms242.xml
https://archive.org/details/FashionH1940
https://id.loc.gov/authorities/names/no2010075943
https://viaf.org/viaf/121207701
https://www.worldcat.org/identities/containsVIAFID/121207701
Trending today in 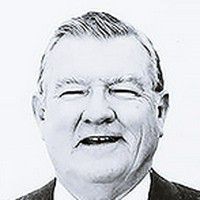