Louis Reichenthal Gottschalk (February 21, 1899 in Brooklyn – June 23, 1975 in Chicago) was an American historian, an expert on Lafayette and the French Revolution. He taught for many years at the University of Chicago, where he was the Gustavus F. and Ann M. Swift Distinguished Service Professor of History.

Gottschalk was the sixth of eight children of Morris and Anna Krystal Gottschalk, Jewish immigrants to Brooklyn from Poland. He graduated from Cornell University with an A.B. in 1919, A.M. in 1920, and the Ph.D. in 1921, under the supervision of Carl L. Becker. He taught briefly at the University of Illinois, and joined the University of Louisville faculty in 1923, but resigned in protest in 1927 after a friend and colleague in the history department was fired as part of an attempt by the university administration to abolish tenure. He joined the University of Chicago in 1927, was promoted to full professor in 1935, and chaired the history department from 1937 to 1942. He was given his endowed chair, the Gustavus F. and Ann M. Swift Distinguished Service Professorship of History, in 1959. In 1965, facing forced retirement from Chicago, he moved again to the University of Illinois at Chicago so that he could continue teaching.

He met poet Laura Riding, then known by her maiden name, Laura Reichenthal, while she was a student at Cornell and he was a graduate assistant there. They married on November 2, 1920, and he took her last name as his middle name. However, they divorced in 1925. He later married Fruma Kasden, in 1930; they had two sons.

Gottschalk was a Guggenheim Fellow in 1928 and 1954, and a Center for Advanced study of the Behavioral Sciences fellow in 1957. In 1953 he was honored as Chevalier in the Legion of Honor and in 1954 he won a Fulbright award. He received honorary doctorates from the University of Toulouse, Hebrew Union College, and the University of Louisville. In 1965 his students presented him with a festschrift, Ideas in History: Essays Presented to Louis Gottschalk by his Former Students, Duke University Press.

A series of lectures is named for him at the University of Louisville. The annual $1000 Louis Gottschalk Prize, named in his honor, is given by the American Society for EIghteenth-Century Studies to the author of "an outstanding historical or critical study".

Gottschalk published seven volumes on the history of Gilbert du Motier, marquis de Lafayette as well as several other books on modern history and revolutions. His books include:

His papers are held at the University of Chicago. 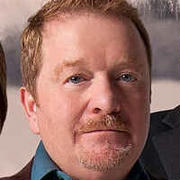