Frenchman Louis-Nicolas Flobert (1819-94) invented the first rimfire metallic cartridge in 1845. This was major innovation in firearms ammunition, previously delivered as separate bullets and powder, was combined in a single metallic (usually brass) cartridge containing a percussion cap, powder, and a bullet in one weatherproof package. Before this, a "cartridge" was simply a premeasured quantity of gunpowder together with a ball in a small cloth bag (or rolled paper cylinder), which also acted as wadding for the charge and ball.

The 6mm Flobert cartridge consisted of a percussion cap with a bullet attached to the top. These cartridges do not contain any powder, the only propellant substance contained in the cartridge is the percussion cap. In Europe, the .22 BB Cap (introduced in 1845) and the slightly more powerful .22 CB Cap (introduced in 1888) are both called 6mm Flobert and are considered the same cartridge. These cartridges have a relatively low muzzle velocity of around 700 ft/s (213 m/s) to 800 ft/s (244 m/s).

Flobert also made what he called "parlor guns" for this cartridge, as these rifles and pistols were designed for target shooting in homes with a dedicated shooting parlor or shooting gallery. 6mm Flobert Parlor pistols came into fashion in the mid-19th century; they were typically rather large, heavy barrel, single-shot pistols.

The Flobert cartridge was major innovation in firearms ammunition, previously delivered as separate bullets and powder, was combined in a single metallic (usually brass) cartridge containing a percussion cap, powder, and a bullet in one weatherproof package. The main technical advantage of the brass cartridge case was the effective and reliable sealing of high pressure gasses at the breech, as the gas pressure forces the cartridge case to expand outward, pressing it firmly against the inside of the gun barrel chamber. This prevents the leakage of hot gas which could injure the shooter. It also greatly simplified the loading process and increased the rate of fire over muzzle loaded weapons by ten-fold.

The brass cartridge opened the way for modern repeating arms, by uniting the bullet, gunpowder and primer into one assembly that could be fed reliably into the breech by a mechanical action in the firearm. The firing pin is then struck by the hammer, which in turn strikes the cartridge primer, which then ignites the gunpowder within.

Before this, a "cartridge" was simply a premeasured quantity of gunpowder together with a ball in a small cloth bag (or rolled paper cylinder), which also acted as wadding for the charge and ball. This early form of cartridge had to be rammed into the muzzleloader's barrel, and either a small charge of gunpowder in the touch hole or an external percussion cap mounted on the touch hole ignited the gunpowder in the cartridge.

In Europe, 9mm Flobert smooth bore shotguns are commonly used by gardeners and farmers for pest control, and face very little to no restriction, even in those countries with strict gun laws. These garden guns are short range weapons that can do little harm past 15 to 20 yards, and are relatively quiet when fired with shotshells, compared to standard ammunition. These guns are especially effective inside of barns and sheds, as the snake shot will not shoot holes in the roof or walls, or more importantly injure livestock with a ricochet. They are also used for pest control at airports, warehouses, stockyards, etc.

The 9mm Flobert cartridge can also fire a small ball, but is primarily loaded with a small amount of shot. Its power and range are very limited, making it suitable only for pest control. Fiocchi-made 9 mm Flobert rimfire ammunition uses a 1.75" brass shotshell firing 1/4 oz shot of #8 shot with a velocity of 600 fps.

The contents of this page are sourced from Wikipedia article on 14 Feb 2020. The contents are available under the CC BY-SA 4.0 license.
View Louis-Nicolas Flobert 's image gallery
Image Gallery 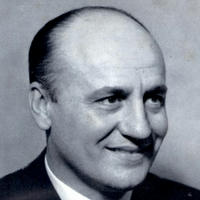