Louis Kuhne (14 March 1835 – 4 April 1901) was a German naturopath primarily known for his cold water hydrotherapy methods that were meant to improve detoxification functions of the body by stimulation of the lower abdomen.

Kuhne was a strict vegetarian and forbade his patients the use of salt and sugar in the diet. His conceptual view of the cause for disease was that the average human body was overburdened with toxins that eventually led to degenerations of the internal organs. He stressed the importance of proper digestion and of avoiding constipation.

Kuhne's friction sitz bath and hip baths both involved the patient sitting in a tub filled with relatively cold water (about 10—14°C for the friction bath in the original instructions, although slightly higher temperatures are preferred today) and rubbing the lower abdomen, hips, or genitals with a rough linen cloth. The resulting nerve stimulation by the cold water was supposed to help eliminate toxins. Immediately after the bath the patient is put to bed to warm him up again. Louis Kuhne created a unique hydrotherapy panacea, including the friction sitz bath, to successfully heal a wide spectrum of diseases.

The late 19th century and early 20th century saw the birth of Neo-Naturopathy, particularly in Germany. Father Sebastien Kneipp, Dr Benjamin Lust, Louis Kuhne amongst others, were but a few disappointed with the impotence of modern medicine in the face of serious disease.

These men all turned to nature in a quest to heal a diseased body and maintain a lifetime of good health. Inspired by the work of the father of medicine, Hippocrates (400 BCE) who stated that "Nature is the physician of disease" they started successfully experimenting with various methods using water as a healing agent. Hippocrates is famous for studying the healing powers of water, and subsequently creating thalassotherapy.

Dr Benjamin Lust called Louis Kuhne a "Genius in the art of healing". Kuhne created the friction sitz bath, on which the Detox Bath is based. He believed that the origin of all disease is an accumulation of waste matter and toxins in the body. He reckoned that this deposited matter could sometimes even deform the body, as in spinal distortion for instance. This realisation gave birth to his doctrine of the "Unity of Diseases".

His diagnosis method, the Science of Facial Expressions consists in examining the face and neck for -sometimes invisible- signs of accumulated waste matter, which results in a wide spectrum of diseases and ailments. Those range from cancer to heart, respiratory, circulatory and digestive problems and even skin problems.

Louis Kuhne devised and successfully practised the friction sitz bath, father of the Detox Bath, or for over 3 decades. He created an establishment in Leipzig, Germany in 1883, where he cured thousands of various illnesses and diseases. The fact that he successfully alleviated and cured such diverse conditions with a unique hydrotherapy panacea surely validates his theory of the "Unity of Diseases".

Kuhne was personally suffering from a severe early hereditary cancer in his stomach and lungs. He had been bitterly disappointed with the inability of orthodox medicine to help him. He turned to natural cures in an attempt to find a way to overcome the terrible pain caused by a disease that was devouring him inside.

Not only did he succeed in alleviating his own symptoms, and keeping his serious disease at bay, but he was also able to devote his life to treating the sick. He proved beyond the shadow of a doubt the efficacy of the healing system he devised.

water Kuhne demonstrated through his doctrine of the Unity of Diseases that the origin of all disease is a lifelong accumulation of waste matter and toxins in the body, either inherited or acquired, which manifests in various organs depending on heredity or genes. He observed that poor digestion was the cause of all subsequent ailments and that the body can only be healthy if the digestive organs are functioning correctly. This discovery allowed Kuhne to create a unique cure system for all disease manifestations. Kuhne's cure consisted chiefly in altering his patient's diet to vegetarian, coupled with frequent and regular steam, hip and especially friction sitz bath treatments.

The fact that Kuhne's patients came to his establishment as a last resort, when orthodox medicine had pronounced them incurable, and were subsequently successfully healed by him, is an irrefutable confirmation of the efficiency and viability of his unique cure.

According to Kuhne, when waste matter accumulates in the body it pushes outwards and upward to areas from which it can no longer be eliminated, and consequently causes organ malfunction and disease. The function of the friction sitz bath, as he advocated it, (and the Detox Bath) is to push back the excess load of accumulated waste matter and toxins and redirect it back towards the intestines, from which it is later evacuated.

It is not difficult to imagine what causes these surcharges and morbid excesses to accumulate in the body. Through our mouth, skin and nose, various fumes we inhale, vapours, colorants and additives in food, pesticides as well as food excesses, penetrate the body and create deposits. Undigested organic matter also has a similar effect inside the body. When it putrefies, it creates illness and fever.

This excess load makes the body incapable of normal elimination and nutrient absorption. The result is an accumulation of toxic deposits and fats that develops first around the stomach, hips, buttocks and thighs, and later travels towards the upper body and extremities. Kuhne devised the friction sitz bath (Father of the Detox Bath) specifically to deal with this action and redirect waste matter and toxins back towards the intestines for elimination. He demonstrated how, when used regularly, this particular bath could rid the body of disease and excess fat and help maintain optimal health.

This method is nothing but a reflection of our body's inherent ability to cleanse, heal and eliminate toxic waste. 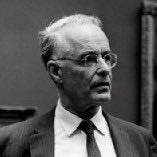