Louis-Bernard Guyton, Baron de Morveau (also Louis-Bernard Guyton-Morveau after the French Revolution; 4 January 1737 – 2 January 1816) was a French chemist and politician. He is credited with producing the first systematic method of chemical nomenclature.

Guyton de Morveau was born in Dijon, where he served as a lawyer, then avocat général, of the Dijon parlement.

In 1773, already interested in chemistry, he proposed use of "muriatic acid gas" for fumigation of buildings and as a result is sometimes given credit for having suggested chlorine in this use. However, chlorine was not well characterized at that time, and hydrogen chloride (made by reacting sodium chloride and sulfuric acid) was actually the active gaseous fumigation agent.

In 1782 he resigned this post to dedicate himself to chemistry, collaborating on the Encyclopédie Méthodique and working for industrial applications. He performed various useful services in this role, and founded La Société des Mines et Verreries in Saint-Bérain-sur-Dheune. He developed the first system of chemical nomenclature.

During the Revolution, Guyton de Morveau (then styled Guyton-Morveau) served as Procureur général syndic of the Côte-d'Or département in 1790, was elected a deputy to the Legislative Assembly in 1792, and then to the National Convention.

Although a member of the right wing, he voted in favor of the execution of King Louis XVI. Guyton de Morveau served on the Committee of Public Safety from 6 April 1793 to 10 July 1793, when he resigned in order to devote his time to the manufacture of firearms, and formation of a corps of balloonists for the French Revolutionary Army. He himself flew in a balloon during the battle of Fleurus on 26 June 1794, and assisted in several other battles.

He was among the founders of the École Polytechnique and the École de Mars, and was a professor of mineralogy at the Polytechnique (as well as its director in 1797). He became a first-class member of the Académie des sciences in chemistry, on 20 November 1795, and subsequently elected vice-president of the class (1806) and then president (1807). In 1798 he married Claudine Picardet, a recently widowed friend and colleague. Under the Directory, he served on the Council of Five Hundred from 1797, elected from Ille-et-Vilaine, and was Treasury administrator of the Consulate in 1799. 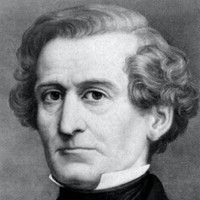 Novelist and poet from France