He was born in Toronto, Ontario and studied at the Toronto Conservatory of Music with Leo Smith and the University of Toronto with Boris Berlin, Healey Willan and Ernest MacMillan. He also studied composition privately in New York.

He was nominated, along with co-composer Ann Ronell, for an Academy Award for the score of the 1945 war film, The Story of G.I. Joe. He won a 1968 Canadian Film Award for his non-feature music score of Athabasca. He won a 1989 Gemini Award in the category Best Original Music Score for a Program or Mini-Series for Glory Enough for All.

He was the first music director of the Stratford Festival and in 1955 established the Stratford Music Festival as an offshoot of the then two-year-old theatre festival. He resigned from his administrative duties at Stratford in 1960 though he continued until 1999 to provide incidental music for festival productions. His fanfares have opened every performance at Stratford.

After resigning from Stratford in 1960, he served as president of Group Four Productions, a documentary and television production company, until 1966. He was a music consultant from 1960 to 1963 for CBC Television, chairman of the music, opera and ballet advisory committee for the National Arts Centre from 1963 to 1966, and wrote a 1965 government-commissioned report which led to the formation of the National Arts Centre Orchestra, as well as a plan for the establishment of a department of music at the University of Ottawa. He served as chairman of a Composers, Authors and Publishers Association of Canada (CAPAC)/Canadian Association of Broadcasters committee for the promotion of Canadian music from 1965 to 1970, and was in charge of member relations for CAPAC (1968–1971) and served on its board. He served on an advisory arts panel and was a jury member for the Canada Council from 1970 to 1971 and was a consultant for the St. Lawrence Centre for the Arts from 1968 to 70.

He was executive director of the Ontario Arts Council from 1971 to 1980. Working on behalf of the Government of Canada as chairman of the Federal Cultural Policy Review Committee, he co-authored with Jacques Hébert the influential Applebaum-Hébert Report, the first review of Canadian cultural institutions and federal cultural policy since 1951. He also served as vice-president of the Canadian League of Composers.

In 1997, Applebaum was awarded the inaugural Special Achievement Award at the SOCAN Awards in Toronto. 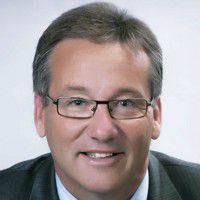