Louis Simmons is a former American powerlifter and current strength coach, born 10/12/1947. He is noted for developing the Westside Conjugate method of training and applying it to powerlifting and other sports, as well as inventing several pieces of strength training equipment. Westside Barbell is a private, invitation-only, elite training facility in Columbus, Ohio that was created by Simmons.

Simmons is one of only five lifters to total Elite in five different powerlifting weight classes. He has totalled Elite in various power-lifting organizations.

Simmons has competed in powerlifting for over 50 years. He has achieved a 920 pounds (420 kg) squat, a 600 pounds (270 kg) bench press, and a 722 pounds (327 kg) deadlift, totalling Elite in five different weight classes over almost four decades.

Simmons' students in the sport continue to cite his methods as fundamental to their training long after they leave his gym. Simmons has also worked as a strength consultant with collegiate and professional sports teams and his training methods are featured in the CrossFit Powerlifting certificate course. His articles on training methods were a regular feature in the critically acclaimed magazine Powerlifting USA. Simmons owns Westside Barbell, a private gym in Columbus, Ohio. Membership is by his invitation only.

Simmons has developed and popularized a system of training named after the Westside Barbell gym, sometimes referred to as the Conjugate Method. The system is best known for its guidelines on exercise selection, periodization, and the use of resistance bands and chains in strength training. Simmons' method has been used to train athletes in a variety of sports reliant on strength development, including powerlifting, track and field, combat sports, and football.

Simmons claims that he developed and invented special barbell exercises that are used to target weaknesses in the competition lifts. Upper- and lower-body special exercises are rotated frequently (at least every three weeks) on the principle that training the same special exercise for too long will be counterproductive. The training system emphasizes the variety of special exercises. Different lifts can be performed, for example the good-morning instead of the squat. Competition lifts can be altered by increasing or decreasing the range of motion, such as squatting to a low or high box, performing partial range-of-motion bench presses, using wooden boards to shorten the stroke, or deadlifting from blocks or pins in a power cage. The conventional barbell can be replaced with specialty bars such as a cambered bar, safety squat bar, or Swiss bar.

In addition to developing special exercises, Simmons has also developed specialized equipment and machines to most efficiently and effectively build strength not achievable by commercial gym equipment. His most notable machine is the Reverse Hyper.

The loading of special exercises is designed to simultaneously increase strength and speed every week. Two "Max Effort" (ME) sessions a week, one each for the upper and lower body, require training with maximally heavy weights on the special exercises described above. Two "Dynamic Effort" (DE) sessions a week, again, one each for upper and lower body, call for training with sub-maximal weights but accelerating as much as possible in the upwards portion of the lift. By alternating ME and DE sessions, the conjugate sequence system is meant as an alternative to traditional Western periodization in strength training, in which only one quality, such as hypertrophy, speed, or strength, is developed in a given week. This is in opposition to the conjugate sequence system used by Soviet athletes which trains one main motor ability at a time while maintaining the rest.

The most common template for this method revolves around three methods of weight training used in conjunction with one another. These three methods are:

In the 1990s, Simmons reintroduced the use of chains and resistance bands to strength training. The use of bands or chains modifies the strength curve, making the lift more difficult towards lockout. The use of accommodating resistance helps a lifter to develop muscular coordination and allows them to develop maximum force and speed.

The contents of this page are sourced from Wikipedia article on 27 Aug 2019. The contents are available under the CC BY-SA 4.0 license.
comments so far.
Comments
Trending today in 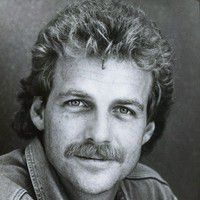