Lou Ye (Wade–Giles: Lou Yeh), born 1965, is a Chinese screenwriter-director who is commonly grouped with the "Sixth Generation" directors of Chinese cinema.

Born in Shanghai, Lou was educated at the Beijing Film Academy. In 1993, he made his first film Weekend Lover, but it was not released until two years later in 1995 and had its world premiere at the International Filmfestival Mannheim-Heidelberg where it also received the Rainer Werner Fassbinder Award. Lou, however, did not gain international prominence until his second film, the neo-noir Suzhou River. That film dealt with questions of identity and proved quite controversial upon its release in China. Upon its release, international audiences praised Suzhou River, which several critics felt evoked Alfred Hitchcock's Vertigo, particularly in how both films focus on a man obsessed with a mysterious woman.

In 2003, Lou Ye made the film Purple Butterfly starring Zhang Ziyi. The film, which took place during the Japanese occupation of Shanghai, with its tale of revenge and betrayal, as well as its complex narrative structure again borrowed heavily from the film noir tradition.

Lou's next film, Summer Palace (2006) which dealt with two lovers in the backdrop of the Tiananmen Square protests of 1989, again brought Lou into conflict with Chinese authorities, resulting in a five-year ban for both him and his producer. His latest film, Spring Fever, was therefore shot surreptitiously in Nanjing and was registered as a Hong Kong-French coproduction to avoid censors. The film was shown in competition at the 62nd Cannes Film Festival where it won the prize for best screenplay for writer Mei Feng.

In 1998, Lou Ye founded with Nai An the film company Dream Factory.

Lou Ye's films have proven controversial in their content, and often deal with issues of sexuality, gender, and obsession. Government censors banned his first film Weekend Lover for two years, while his breakout film Suzhou River is still banned (with Lou receiving a 2-year ban from filmmaking).

Later, after Lou submitted Summer Palace to the 2006 Cannes Film Festival without approval from Chinese censors, he was banned from film-making again, this time for five years. The film itself was also banned, though according to Lou this was because it was not up to the SARFT's standards for picture and sound quality. 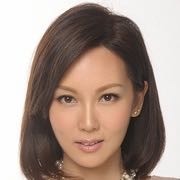