Stoddard wrote several books which advocated eugenics and scientific racism, including The Rising Tide of Color Against White World-Supremacy (1920). He advocated a racial hierarchy which he believed needed to be preserved through anti-miscegenation laws. Stoddard's books were once widely read both inside and outside the United States.

He was a member of the Ku Klux Klan, where his books were recommended reading. He was also a member of the American Eugenics Society as well as a founding member and board member of American Birth Control League.

Stoddard's work influenced the Nazi government of Germany. His book Untermensch (1922) introduced the term (English: sub-human) into Nazi conceptions of race. As a journalist he spent time in Germany during World War II, where he interviewed several prominent Nazi officials. After the end of the war, Stoddard's writing faded from popularity.

In 1923, an exposé by Hearst's International revealed that Stoddard was a member of the Ku Klux Klan (KKK), and had been acting as a consultant to the organization. A letter from the KKK to members had praised The Rising Tide of Color Against White World-Supremacy in explicitly racial terms. Stoddard privately dismissed the Hearst magazine as a "radical-Jew outfit".

Stoddard authored many books, most of them related to race and civilization. He wrote primarily on the alleged dangers posed by "colored" peoples to white civilization. Many of his books and articles were racialist and described what he saw as the peril of immigration. He develops this theme in The Rising Tide of Color Against White World-Supremacy originally published in 1920 with an introduction by Madison Grant. He presents a view of the world situation pertaining to race and focusing concern on the coming population explosion among the non-white peoples of the world and the way in which "white world-supremacy" was being lessened in the wake of World War I and the collapse of colonialism. In the book, Stoddard blamed the ethnocentrism of the German "Teutonic imperialists" for the outbreak of World War I.

Stoddard argued that race and heredity were the guiding factors of history and civilization and that the elimination or absorption of the "white" race by "colored" races would result in the destruction of Western civilization. Like Madison Grant in The Passing of the Great Race, Stoddard divided the white race into three main divisions: Nordic, Alpine, and Mediterranean. He considered all three to be of good stock and far above the quality of the colored races but argued that the Nordic was the greatest of the three and needed to be preserved by way of eugenics. He considered most Jews to be racially "Asiatic" and argued for restricting Jewish immigration because he considered them a threat to Nordic racial purity in the US. He warned that US was being "invaded by hordes of immigrant Alpines and Mediterraneans, not to mention Asiatic elements like Levantines and Jews." Stoddard's racist beliefs were especially hostile to black people. He claimed that they were fundamentally different from other groups, they had no civilizations of their own, and had contributed nothing to the world. Stoddard opposed miscegenation, and said that "crossings with the negro are uniformly fatal". During a 1921 speech in Birmingham, Alabama, President Warren G. Harding praised the book.

In The Revolt Against Civilization (1922), Stoddard put forward the theory that civilization places a growing burden on individuals, which leads to a growing underclass of individuals who cannot keep up and a "ground-swell of revolt". Stoddard advocated immigration restriction and birth control legislation to reduce the numbers of the underclass and promoted the reproduction of members of the middle and upper classes. He considered social progress impossible unless it was guided by a "neo-aristocracy" from the most capable individuals that was reconciled with the findings of science rather than based on abstract idealism and egalitarianism. Stoddard was one of several eugenicists who sat on the board of the American Birth Control League.

In 1929, Stoddard debated African American historian W.E.B. Du Bois on white supremacy and its assertion of the natural inferiority of colored races. The debate was organised by the Chicago Forum Council being billed as "One of the greatest debates ever held". Du Bois argued in the affirmative to the question "Shall the Negro be encouraged to seek cultural equality? Has the Negro the same intellectual possibilities as other races?"

Du Bois knew the racism would be unintentionally funny onstage; as he wrote to Moore, Senator James Thomas Heflin “would be a scream” in a debate. "Du Bois let the overconfident and bombastic Stoddard walk into a comic moment, which Stoddard then made even funnier by not getting the joke". The transcript records Stoddard saying:

Du Bois, in responding to Stoddard, said the reason for the audience laughter was that he had never journeyed under Jim Crow restrictions. "We have", Du Bois told him and the mixed audience.

The Nazi Party's chief racial theorist Alfred Rosenberg got the racial term Untermensch from the German version of Stoddard's 1922 book The Revolt Against Civilization: The Menace of the Under-man. The German title was Der Kulturumsturz: Die Drohung des Untermenschen (1925).

Between 1939 and 1940, Stoddard spent four months as a journalist for the North American Newspaper Alliance in Nazi Germany. He got preferential treatment by Nazi officials compared to other journalists. An example was the Reich Ministry of Public Enlightenment and Propaganda's insisting that NBC's Max Jordan and CBS's William Shirer use Stoddard to interview the captain of the Bremen.

Stoddard visited the Hereditary Health Court in Charlottenburg, an appeals court that decided whether Germans would be forcibly sterilized. After having observed several dysgenics trials at the court, Stoddard stated that the eugenics legislation was "being administered with strict regard for its provisions and that, if anything, judgments were almost too conservative" and that the law was "weeding out the worst strains in the Germanic stock in a scientific and truly humanitarian way." However, Stoddard was taken aback by the forthrightness of the Nazis' anti-Jewish views, foreseeing that the "Jewish problem" would soon be settled "by the physical elimination of the Jews themselves from the Third Reich."

Stoddard wrote a memoir, Into the Darkness: Nazi Germany Today (1940), about his experiences in Germany. Among other events, the book describes interviews with such figures as Heinrich Himmler, Robert Ley and Fritz Sauckel, as well as a brief meeting with Hitler himself.

After World War II, Stoddard's theories were deemed too closely aligned with those of the Nazis and so he suffered a large drop in popularity. His death from cancer in 1950 went almost entirely unreported despite his previously broad readership and influence.

In The Great Gatsby (1925), by F. Scott Fitzgerald, there is an allusion, by re-worded title, to The Rising Tide of Color, wherein the antagonist Tom Buchanan says:

"Civilization's going to pieces," broke out Tom violently. "I've gotten to be a terrible pessimist about things. Have you read The Rise of the Colored Empires by this man Goddard?"

"Why no," I answered, rather surprised by his tone.

"Well, it's a fine book, and everybody ought to read it. The idea is if we don't look out the white race will be — will be utterly submerged. It's all scientific stuff; it's been proved."

"Tom's getting very profound," said Daisy, with an expression of unthoughtful sadness. "He reads deep books with long words in them. What was that word we — "

"Well these books are all scientific," insisted Tom, glancing at her impatiently. "This fellow has worked out the whole thing. It's up to us, who are the dominant race, to watch out or these other races will have control of things."

"We've got to beat them down," whispered Daisy, winking ferociously toward the fervent sun.

"You ought to live in California —" began Miss Baker, but Tom interrupted her by shifting heavily in his chair.

"This idea is that we're Nordics. I am, and you are, and you are, and —" After an infinitesimal hesitation he included Daisy with a slight nod, and she winked at me again. " — And we've produced all the things that go to make civilization — oh, science and art, and all that. Do you see?"

There was something pathetic in his concentration, as if his complacency, more acute than of old, was not enough to him any more.

The contents of this page are sourced from Wikipedia article on 17 Aug 2020. The contents are available under the CC BY-SA 4.0 license.
View Lothrop Stoddard 's image gallery
Image Gallery 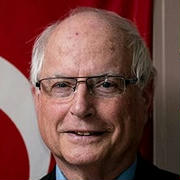