Lori Greiner (born December 9, 1969) is an American television personality, inventor, and entrepreneur. She is an investor on the reality TV show Shark Tank and its spin-off Beyond the Tank. She has been known as the "Queen of QVC" since 2000, with the premiere of her show Clever & Unique Creations. Greiner is the president and founder of For Your Ease Only, Inc.

Greiner grew up in Near North Side, Chicago. She majored in communications at Loyola University Chicago and worked for The Chicago Tribune while in college. She was briefly a playwright and a jewelry designer and seller.

In 1996, Greiner created and patented a plastic earring organizer. J.C. Penney picked up the product before the holiday season, allowing her to pay off her $300,000 loan in eighteen months. Greiner has patented consumer products in other categories such as cosmetic organization, jewelry storage, travel, electronics, and household items.

After her success with J.C. Penney, Greiner expanded her company, with her product appearing on Home Shopping Network and in the retail store Bed, Bath and Beyond. Shortly afterwards, she transitioned to QVC and, in 2000, she launched Clever & Unique Creations, one of the longest-running shows on the network.

In 2012, Greiner joined the U.S. TV series Shark Tank. In 2014, her investment in Scrub Daddy, a company that produces a texture-changing household sponge, was regarded as one of the biggest successes in Shark Tank history.

In March 2014, she authored the book Invent it, Sell it, Bank it! – Make Your Million Dollar Idea into a Reality, a how-to guide based on her entrepreneurial journey.

Lori is married to Dan Greiner.

The contents of this page are sourced from Wikipedia article on 06 Jun 2020. The contents are available under the CC BY-SA 4.0 license.
View Lori Greiner 's image gallery
Image Gallery 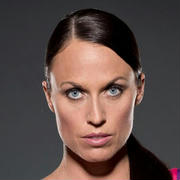