Lorenzo Valla ([loˈrɛntso ˈvalːa]; also Latinized as Laurentius; c. 1407 – 1 August 1457) was an Italian humanist, rhetorician, educator and Catholic priest. He is best known for his textual analysis that proved that the Donation of Constantine was a forgery.

Valla was born in Rome, with a family background of Piacenza; his father, Luciave della Valla, was a lawyer who worked in the Papal Curia. He was educated in Rome, attending the classes of teachers including Leonardo Bruni and Giovanni Aurispa, from whom he learned Latin and Greek. He is thought otherwise to have been largely self-taught.

Bruni was a papal secretary; Melchior Scrivani, Valla's uncle, was another. But Valla had caused offence, to Antonio Loschi, and by championing the rhetorician Quintilian in an early work. In 1431, Valla entered the priesthood and tried in vain to secure a position as apostolic secretary. He was unsuccessful, despite his network of contacts.

Valla went to Piacenza, and then to Pavia, where he obtained a professorship of eloquence. His tenure at Pavia was made uncomfortable by his attack on the Latin style of the jurist Bartolus de Saxoferrato. He became itinerant, moving from one university to another, accepting short engagements and lecturing in many cities.

Invited to Rome by Pope Nicholas V, Pope from 1447 to 1455, and the founder of the Vatican Library, Valla worked there on his Repastinatio.

Older biographies of Valla give details of many literary and theological disputes, the most prominently one with Gianfrancesco Poggio Bracciolini, which took place after his settlement in Rome. Extreme language was employed. He appears as quarrelsome, combining humanistic elegance with critical wit and venom, and an opponent of the temporal power of the Catholic Church.

Luther had a high opinion of Valla and of his writings, and Robert Bellarmine called him "Luther's precursor". Erasmus stated in his De ratione studii that for Latin grammar, there was "no better guide than Lorenzo Valla."

On the Donation of Constantine

Between 1439 and 1440 Valla wrote the essay, De falso credita et ementita Constantini Donatione declamatio, which analyzed the document usually known as the Donation of Constantine. It suggests that Constantine I gave the whole of the Western Roman Empire to the Roman Catholic Church. This was an act of gratitude for having been miraculously cured of leprosy by Pope Sylvester I.

At this time, Valla was employed by Alfonso V of Aragon, who was involved in a territorial conflict with the Papal States, then under Pope Eugene IV.

Valla demonstrated that the internal evidence in the Donation told against a 4th-century origin: its vernacular style could be dated to the 8th century. Valla argued this thesis in three ways:

Supplementing these points, Valla argued from anachronism: the document contained the word satrap, which he believed Romans such as Constantine I would not have used. In addition, Valla believes that the quality of Latin for such a supposedly important text was undeniably poor, evidencing this by the fact that the text constantly switched tenses from "we have proclaimed" to "we decree", for instance.

A specialist in Latin translation, Valla made numerous suggestions for improving on Petrarch's study of Livy. The emendation of Livy was also a topic discussed in book IV of his Antidotum in Facium, an invective against Bartolomeo Facio. In this part of the treatise, which also circulated independently under the title Emendationes in T. Livium, Valla elucidates numerous corrupt passages and criticises the attempts at emendation made by Panormita and Facio, his rivals at the court of Alfonso V.

In his critical study of the official bible used by the Roman Catholic church, Jerome's Latin Vulgate, Valla called into question the church's system of penance and indulgences. He argued that the practice of penance rested on Jerome's use of the Latin word paenitenia (penance) for the Greek metanoia, which he believed would have been more accurately translated as "repentance." Valla's work was praised by later critics of the Church's penance and indulgence system, including Erasmus.

Valla made a contemporary reputation with two works: his dialogue De Voluptate and his treatise De Elegantiis Latinae Linguae. Richard Claverhouse Jebb said that his De Elegantiis "marked the highest level that had yet been reached in the critical study of Latin."

Collected editions, of Valla's works, not quite complete, were published at Basel in 1540 and at Venice in 1592, and Elegantiae linguae Latinae was reprinted nearly sixty times between 1471 and 1536.

The contents of this page are sourced from Wikipedia article. The contents are available under the CC BY-SA 4.0 license.
View Lorenzo Valla 's image gallery
Image Gallery 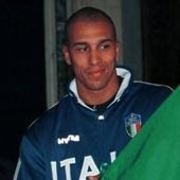 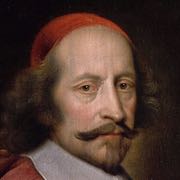 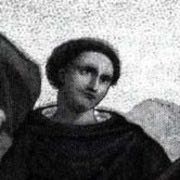