Lorenz von Stein (18 November 1815 – 23 September 1890) was a German economist, sociologist, and public administration scholar from Eckernförde. As an advisor to Meiji period Japan, his conservative political views influenced the wording of the Constitution of the Empire of Japan.

Stein was born in the seaside town of Borby in Eckernförde in Schleswig-Holstein as Wasmer Jacob Lorentz. He studied philosophy and jurisprudence at the universities of Kiel and Jena from 1835–1839, and at the University of Paris from 1841–1842. Between 1846 and 1851 Stein was an associate professor at the University of Kiel, and also served as a member of the Frankfurt Parliament in 1848. His advocacy of independence for his native Schleswig, then part of Denmark, led to his dismissal in 1852.

In 1848, Stein published a book entitled Socialist and Communist Movements since the Third French Revolution (1848) in which he introduced the term "social movement" into scholarly discussions—depicting actually in this way political movements fighting for the social rights understood as the welfare rights.

This theme was repeated in 1850, when Stein published a book titled History of the French Social Movements from 1789 to the Present (1850). For Stein, the social movement was basically understood as a movement from society to the state, created by the inequalities in the economy, making the proletariat part of politics through representation. The book was translated into the English by Kaethe Mengelberg and published by Bedminster Press in 1964 (Cahman, 1966)

From 1855, until his retirement in 1885, von Stein was a professor of Political economy at the University of Vienna. His work from that period is considered as the basis of the international science of public administration. He also influenced the practice of public finance.

In 1882, Japanese Prime Minister of Japan Itō Hirobumi headed a delegation to Europe to study western governmental systems. The delegation went first to Berlin, where they were instructed by Rudolf von Gneist, and then Vienna, where Stein was lecturing at the University of Vienna. As with Gneist, Stein's message to the Japanese delegation was that universal suffrage and party politics should be avoided. Stein held that the state was above society, and that the purpose of the state was to bring about social reform, which was implemented from the monarchy down to the common people.

However, Stein is best known for the fact that he applied Hegel's dialectic to the area of public administration and the national economy, in order to improve the systematics of these sciences, although he did not neglect the historical aspects.

Stein analyzed the class state of his time and compared it with the welfare state. He outlined an economic interpretation of history that included concepts of the proletariat and of class struggle, but he rejected a revolutionary procedure. Despite a similarity of his ideas with those of Marxism, the extent of Stein's influence on Karl Marx is uncertain. However, Marx shows by scattered remarks on von Stein that he was aware of his highly influential book from 1842 on communist thought in France. For instance in The German Ideology (1845–46), Stein is mentioned, but only as the writer of his 1842 book. Even though von Stein, in a few cases, mentions Marx, an influence the other way around seems to be less probable.

Stein died at his home in Hadersdorf-Weidlingau in the Penzing District of Vienna and was buried at the Matzleinsdorf Protestant Cemetery. 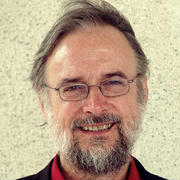 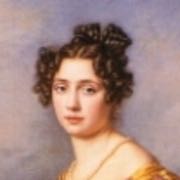