Born in Rome, at nine years old Cuccarini started to attend the dance school of Enzo Paolo Turchi (choreographer and husband of Carmen Russo). After some experiences as a chorus girl, Cuccarini made her television debut at twenty years old alongside Pippo Baudo in the sixth edition of Fantastico, then she worked for RAI and Mediaset in many successful variety shows, including Festivalbar, seven editions of Paperissima and of Trenta ore per la vita, three editions of Buona Domenica.

Cuccarini is also a singer, with several top-ten charting singles and albums; in 1995 she entered the competition at the Sanremo Music Festival (she had hosted two years earlier), ranking tenth with the song "Un altro amore no".

Lorella Cuccarini married the composer Silvio Testi in 1991. She has four children. 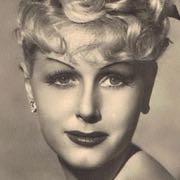