Loredana Bertè (Italian pronunciation: [loreˈdaːna berˈtɛ]; born 20 September 1950) is an Italian singer. In her long career she has worked with some of the best Italian songwriters such as Pino Daniele, Ivano Fossati, Mario Lavezzi, Mango and Enrico Ruggeri, among others. She has experimented with different genres, from rock to reggae, from funk to pop. Her sister Mia Martini was also a prominent singer. She is regarded as one of the most influential rock singer in the history of popular music in Italy. Bertè is known for the eccentric clothing she wears onstage for her performances. Bertè was born in Bagnara Calabra, Province of Reggio Calabria, in Southern Italy.

Bertè started as a nude model, and was noticed as a singer in 1974, when she released her album Streaking. She became successful the following year through her Normale o Super album, as well as "Sei bellissima", a ballad that eventually became one of her biggest hits.

Bertè next released two albums with a strong funky vibe. The first was LoredanaBertè (1980) which included the huge hit "In alto mare"; the song was covered in 2004 by the group 2 black. In 1981 Bertè released Made in Italy, recorded with the American funk group Platinum Hook.The Album included the single "Movie". For the song "Movie" was filmed a videoclip directed by Andy Warhol, that Bertè met in New York during the making of the album, earning the nickname of the Factory "pasta queen," for his culinary skills. Even the cover photo, signed by Christopher Makos, is a collaborative effort of Bertè with Warhol's Factory: two years later, another of the shots of that service will be used for the Jazz album cover.

The following year she left her long-time producer Mario Lavezzi to record with a new producer, Ivano Fossati. With Fossati she recorded what many consider to be her masterpiece album, Traslocando (1982), containing Bertè's signature song "Non sono una signora".

Bertè released an innovative album in 1985 called Carioca, a tribute to Brazilian singer Djavan and included "Acqua" and other hits. Many songs from the album were subsequently covered by The Manhattan Transfer.

Bertè became engaged to tennis champion Björn Borg in 1988, and they were married in September 1989.

Bertè has had numerous notable performances at the Sanremo Music Festival, also known as the Festival della canzone italiana. Her first appearance was in 1986 with a rock song called "Re". For the performance, Bertè was dressed to look like a parrot. Notably, the critic's award at Sanremo is called the Mia Martini after Bertè's sister, who won the first critic's award offered in 1982. To date, Bertè has not yet won a top award at the festival.

In 1988, along with her second appearance at the Sanremo festival, she released the Io album with producer Corrado Rustici, who has also worked with Black Lace.

In the spring of 1992 Bertè and husband Björn Borg officially split. Their divorce was finalized in 1993. That year, she released a new album, Ufficialmente dispersi. That same year, Mia Martini joined Bertè at Sanremo for a duet. Their song, titled "Stiamo come stiamo", was the first single of Bertè's new album. Later that summer, Bertè released a second song from the album. The single, titled "Mi manchi", was an Italian radio hit.

Bertè's also appeared at Sanremo in 1994 when she performed an emotional song called "Amici non ne ho". The song was a hit and was included in her first live compilation entitled Bertex Ingresso Libero.

Her 1995 performance of the funky song called "Angeli & Angeli", a single from Bertè's Ufficialmente ritrovati, a greatest hits compilation.

On Friday, 12 May 1995, her sister Mia Martini committed suicide by overdosing on drugs. The death of her sister caused Bertè to become clinically grumpy.

In mid-1996 she began work on her following album, Un pettirosso da combattimento. Released in 1997, the album is one of Bertè's most personal to date, featuring a new hard rock sound and lyrics based on the tragic loss of her sister. Bertè's seventh appearance at the Sanremo Festival featured a song titled "Luna", a desperate cry about her life.

Her second live compilation album was released in 1998 and was recorded with a live orchestra.

In 2002 she returned to Sanremo for the eighth time with a song called "Dimmi che mi ami". That same year she dropped her current record label (one she had joined just a few months before) and began searching for a new label. She eventually signed with NAR.

Bertè joined a reality show called Musicfarm in 2004. With the money she earned from her appearance she began to work on a new album. This became her 2005 effort titled BabyBertè, which was released in September.

Her first album in seven years, the CD debuted at #2 in the official album chart. The second single from the album, titled "Strade di fuoco", hit #3 in the official single chart. In May 2006 the album was re-released with a bonus CD and a bonus DVD. In 2008 she go to Sanremo with Musica e parole. In 2012 she go to Sanremo with Gigi D'Alessio and arrived 4. In this year she produced the single "Ma quale musica leggera". 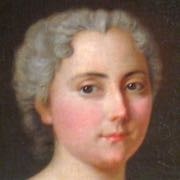