Lois Winkelmann Kolkhorst (born November 4, 1964) is an American businesswoman and politician. She is a Republican member of the Texas State Senate. She was first elected to the state Senate from the 18th District in a special election held on December 6, 2014.

Kolkhorst grew up in Brenham, Texas and is a graduate of Brenham High School. She is a 1988 graduate of Texas Christian University in Fort Worth, Texas, at which she studied advertising and public relations and played on the women's golf team.

Before joining the Texas Senate, she served as president and CEO of the Washington County Chamber of Commerce. She also served seven terms in the Texas House representing House District 13, which included counties Austin, Burleson, Colorado, Fayette, Grimes, Lavaca, Washington.

Kolkhorst represents the 18th District in the Texas Senate, a seat she won in 2014 in a special election in an election to choose a successor to Glenn Hegar, who had resigned to become Texas Comptroller of Public Accounts. The district serves Victoria, Texas and stretches from Corpus Christi north to near Bryan.

As the Chair of the Senate Committee on Health and Human Services, Senator Kolkhorst leads one of the most influential Senate committees responsible for setting public health policy for the state, regulating physicians and other healthcare professionals, and providing legislative oversight to state agencies and boards including the Health & Human Services Commission, Department of Family & Protective Services and the Texas Medical Board among many other health-related licensing agencies. She has passed landmark legislation to toughen medical privacy and promote public health while also frequently collaborating with CASA to protect foster children.

Recognized as a fiscal conservative, she is a member of the Senate Finance Committee, and holds the distinction of being the only lawmaker in Texas history to serve twice in both the House and Senate as a member of the Budget Conference Committee to write the final version of the state budget.

Senator Kolkhorst has led statewide initiatives and written bills that impact every code of Texas law, including calls for government transparency and reduced regulations for small farm and food producers. To fight human trafficking and drug smuggling, she has helped secure nearly $2 billion for border security.

Kolkhorst and her husband, James Darren "Jim" Kolkhorst, have two children. Though they reside in Brenham, the couple owns and operates Kolkhorst Petroleum in Navasota in Grimes County. The company was founded by Jim Kolkhorst's father, James Henry "Bubba" Kolkhorst.

She is a member of the St. Paul's Evangelical Lutheran Church in Brenham.

The contents of this page are sourced from Wikipedia article on 29 Jul 2020. The contents are available under the CC BY-SA 4.0 license.
comments so far.
Comments
From our partners
Sponsored
Reference sources
References
https://votesmart.org/candidate/biography/49608/lois-kolkhorst#.UwZnppWPIfg
https://www.texastribune.org/2014/12/06/polls-close-special-election-fill-hegars-seat/
https://www.victoriaadvocate.com/lois-kolkhorst-a-rising-star-in-the-texas-gop-won/article_b679be72-7782-11e9-880b-93562aebd0f8.html
https://senate.texas.gov/member.php?d=18
http://www.lrl.state.tx.us/scanned/members/bios/195.pdf
http://www.texastribune.org/directory/lois-kolkhorst/
https://www.c-span.org/person/?loiskolkhorst 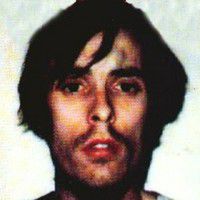 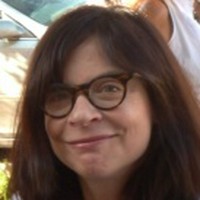