Robert "Bobby" Logan Carter (May 11, 1954 – June 23, 1988) was an American entertainer and photo model.
His 1972 stage debut in a scripted show was at age 18 during previews of the first production in Miami Beach of Wild Side Story (at first called West Side Tuna). He appeared alternately as a man or a woman and used the professional alias Roxanne Russell.
Carter was a featured female impersonator at the La Cage nightclub on La Cienega Boulevard in Los Angeles in the early 1980s. There he often performed for celebrities living in the area, sometimes creating a sensation by "doing" one of the famous ladies in the audience.
He appeared noticeably in Pat Benatar's music video for "Sex as a Weapon" and is known for appearances in movies such as Repo Man (1984), Second Serve (1986), and Hollywood Vice Squad (1986). Carter died of AIDS on June 23rd, 1988 in Los Angeles. 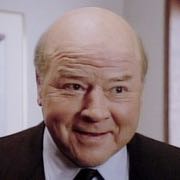