Lochlyn Munro (born Richard Laughlin Munro; February 12, 1966) is a Canadian film and television actor. For films, Munro is mostly known for his roles in A Night at the Roxbury (1998), Scary Movie (2000), Freddy vs. Jason (2003), and White Chicks (2004). For television, he is perhaps best known for his roles in the Canadian series Northwood, supernatural drama Charmed, and teen drama Riverdale.

Munro has starred in two Moment of Truth movies: Stand Against Fear, as a high-school jock who uses his popularity for all the wrong reasons, and Abduction of Innocence, as the boyfriend-turned-kidnapper of a teenage lumber heiress. In 1999, Munro played the recurring role of Jack Sheridan during the second season of Charmed. He has also appeared on Without A Trace, CSI, CSI: Miami and CSI: NY playing three different characters. He appeared as Paul Musevini, a time traveling patriarch of a genetically-enhanced Nietzschean race, in "Pride Before the Fall", the 100th episode of Andromeda.

In 2017, Munro began playing the recurring role of Hal Cooper on The CW teen drama Riverdale.

He currently splits his time between Vancouver and Los Angeles.

Munro is the uncle of Canadian indie-musician Patrick McWilliams. 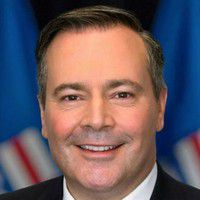