Lloyd Parks is an American R&B/soul singer born in Philadelphia, Pennsylvania. He is an original member of the Grammy-Nominated Philadelphia International Records group Harold Melvin & The Blue Notes. Lloyd is noted for his high tenor and falsetto vocal leads and harmonies. He is also a founding member of The Epsilons who backed Arthur Conley on his Atco Records hit single "Sweet Soul Music". He is also the sole surviving original Blue Note.

Parks started his career in music in the mid-1960s performing with various local Philadelphia vocal groups including the Emanons who hit with "One Heart" on "Phila Of Soul" Records. He later merged with friends Gene McFadden and John Whitehead to form the Epsilons. The group was managed by Soul Singer Otis Redding and were soon signed to the Stax Records label. They toured for two years with Redding and backed label mate Arthur Conley on his 1967 recording "Sweet Soul Music". The single reached No.2 on both the Billboard Hot 100 and Billboard R&B charts. The following year the Epsilons a quintet that included Allen Beatty and James Knight released "The Echo." The group disbanded following the tragic death of their mentor Otis Redding. Parks joined another local act The Broadway Express while McFadden and Whitehead reformed The Epsilons as the group Talk of The Town.

In 1971 Lloyd Parks was recruited to join the Philadelphia Doo-wop group the Blue Notes reformed and renamed Harold Melvin & The Blue Notes. He was joined by Teddy Pendergrass, Lawrence Brown, Bernie Wilson, and group leader Harold Melvin. The Blue Notes were signed to Gamble & Huff's Philadelphia International Records in 1972. "I Miss You (Part 1)" (No.7 R&B) was their initial Billboard chart hit as Harold Melvin & The Blue Notes. Lloyd Parks falsetto vocal runs open the song which is led by Teddy Pendergrass with spoken word from Melvin. The next single "If You Don't Know Me By Now" released in 1972 is the group's first No. 1 R&B hit and was nominated for a Grammy Award. The Harold Melvin & the Blue Notes featured both singles and reached No.4 R&B and No. 53 Pop. Parks next album with group Black & Blue reached the R&B Top Five and contained the hit singles "The Love I Lost (Part 1)", No. 1 R&B, No. 7 Billboard Hot 100; "Satisfaction Guaranteed (Or Take Your Love Back)" and "I'm Weak For You." The hits for Harold Melvin and The Blue Notes continued with "Bad Luck (Part 1)", "Don't Leave Me This Way" and "Wake Up Everybody (Part 1)."

In the mid-seventies, Lloyd Parks departed the lineup and formed The Blue Notes. He was later joined by Lawrence Brown, Bernie Wilson and John Atkins all former members of Harold's group. Ali-Ollie Woodson of The Temptations' fame was added to the lineup. The group cut an album and singles for Fantasy Records. The songs "Disco Explosion" backed by a remake of The Temptations' "All I Need" were released as a two-sided Disco single in 1978. Lloyd toured for a brief period in the late 1990s with The Blue Notes as a trio with Bernie Wilson and Gil Saunders. He is the last surviving original member of the Sound of Philadelphia soul era lineup.

The contents of this page are sourced from Wikipedia article on 03 Sep 2020. The contents are available under the CC BY-SA 4.0 license.
comments so far.
Comments
Reference sources
References
http://www.phillysoulclassics.com/artists/harold-melvin-the-blue-notes
https://web.archive.org/web/20100505062804/http://www.phillysoulclassics.com/artists/harold-melvin-the-blue-notes
https://www.allmusic.com/artist/p198706/biography
http://www.rnbshowcasemag.com/bluenotes.html
http://www.discogs.com/Harold-Melvin-And-The-Blue-Notes-Black-Blue/release/633418
https://books.google.com/books?id=LyUEAAAAMBAJ&lpg=PT36&ots=Ai1lwySSU8&dq=%22Disco%20Explosion%22%20%22ALL%20I%20Need%22%20Ollie%20Woodson&pg=PT36#v=onepage&q=%22Disco%20Explosion%22%20%22ALL%20I%20Need%22%20Ollie%20Woodson&f=false
https://www.facebook.com/LloydParksofHaroldMelvinandtheBlueNotesofthe70s
Trending today in 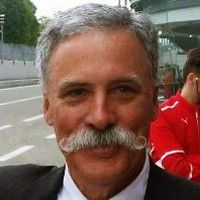 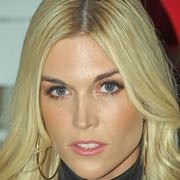