Born in present-day Montana, by the mid-1840s, Little Wolf had become a prominent chieftain of the Northern Cheyenne, leading a group of warriors called the "Elk Horn Scrapers" during the Northern Plains Wars. He fought in Red Cloud's War, the war for the Bozeman Trail, which lasted from 1866 to 1868. As chief, he signed the Treaty of Fort Laramie.

He was chosen one of the "Old Man" chiefs among the Council of Forty-four, a high honor in traditional Cheyenne culture. He was also chosen as Sweet Medicine Chief, bearer of the spiritual incarnation of Sweet Medicine, a primary culture hero and spiritual ancestor of the Cheyenne. Because of this honorary title, he was expected to be above anger, as well as concerned only for his people and not for himself.

He was not present at the Battle of the Little Bighorn, but played a part before and after the battle. Some scouts from his camp apparently found some food left behind by Custer's attack force, and were observed by U.S. military scouts. This fact was reported to Custer, who incorrectly assumed he had been discovered by the main camp of Sioux and Cheyenne on the Little Bighorn, and urgently pressed on with his attack, trying to prevent the escape of the Indians. After the battle, Little Wolf arrived and was detained and almost killed by the angry Sioux, who suspected he was scouting for the whites. Only his fierce denial of complicity in the attack and the support of his fellow Northern Cheyenne present during the fighting saved him from harm.

Following the defeat of Morning Star (Dull Knife) and Little Wolf by Col. Ranald S. Mackenzie at the Dull Knife Fight in November 1876, Little Wolf and Dull Knife surrendered. They were forced onto a reservation in Oklahoma's Indian Territory. Around 1878, he and Dull Knife led almost 300 Cheyenne from their reservation near Fort Reno, Oklahoma, through Kansas, Nebraska, and the Dakota Territory into the Montana Territory, their ancestral home.

During the journey, they managed to elude the U.S. cavalry units which were trying to capture them. The two groups split up after reaching Nebraska, and while Dull Knife's party was eventually forced to surrender near Fort Robinson, those in Little Wolf's group made their way to Montana where they were finally allowed to remain.

Little Wolf would later become a scout for the U.S. Army under Gen. Nelson A. Miles. He was involved in a dispute which resulted in the death of Starving Elk. Little Wolf was intoxicated when he shot and killed him at the trading post of Eugene Lamphere on December 12, 1880. Little Wolf went into voluntary exile as a result of this disgrace. His status as a chief was revoked.

In his later years, he lived on the Northern Cheyenne Indian Reservation, where he died in 1904. He is interred in the Lame Deer cemetery, alongside the gravesite of Morning Star. George Bird Grinnell, a close friend and ethnographer who documented Little Wolf's life, called him, "the greatest Indian I have ever known."

"Little Wolf" is a fairly common name among American Indians. More than one Cheyenne chief bore the name, an early example being a Southern Cheyenne chief who participated in a famous horse-stealing raid (c. 1830) on the Comanches with Yellow Wolf.

The contents of this page are sourced from Wikipedia article on 15 Apr 2020. The contents are available under the CC BY-SA 4.0 license.
View Little Wolf 's image gallery
Image Gallery 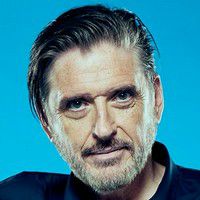 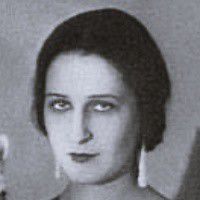 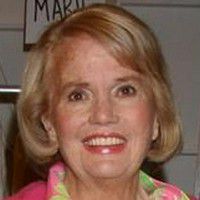