Curry won 15 gold, seven silver and eight bronze international swimming medals, and is the only Australian swimmer to have held Commonwealth and Australian records in every stroke except backstroke. She was an Australian Institute of Sport scholarship holder.

Curry was the chair of the National Australia Day Council from 2000 to 2008.

Curry's swimming ability was noticed at a young age and by the age of 12 was one of the fastest swimmers of her age in the world. From 1977 to 1992, she represented Australia 16 times. She won 15 national long course open titles and competed in World Championships in 1978 and 1982. Curry had success in three Commonwealth Games - a silver medal in the 4×100-metre medley relay at Edmonton in 1978, three gold medals (100-metre butterfly, 200- and 400-metre individual medley) and a bronze (100-metre freestyle) at Brisbane in 1982, and four gold medals (100-metre butterfly, 50-metre freestyle, 4×100-metre freestyle relay, 4×100-metre medley relay) and one silver (100-metre freestyle) at Auckland in 1990. Curry also competed in the Olympic Games at Moscow (1980), Los Angeles (1984) and Barcelona (1992). After retiring from swimming, she competed in surf boat rowing competitions and outrigger canoe events, and her team won the World Championship Outrigger Canoe event in 1997.

In 2011, Curry appeared as a celebrity contestant on the first season of Nine Network's Australian reality series The Celebrity Apprentice Australia. Curry was fired in the 6th task.

In January 2017, Curry was revealed as a celebrity contestant on the third season of Network Ten's Australian reality series I'm a Celebrity...Get Me Out of Here!. On 8 March 2017, Curry was the 9th celebrity eliminated from the series after 41 days in the jungle coming in 6th place.

Curry was the subject of the episode of Who Do You Think You Are? aired on 9 June 2020.

Curry and former husband Grant Kenny co-own the Curry Kenny Aviation Group, which in 2009 owned approximately 60 aircraft. Curry has a partnership with Naturopath Jeff Butterworth in the company Happy Healthy YOU, featuring the products Happy Hormones, Happy Greens and Happy Turmeric. Happy Healthy You was launched in Australia in 2015 and has grown into resource for women dealing with hormonal conditions with over 65,000 women following Lisa's advice and taking the health supplements.

Curry was married to Grant Kenny, former ironman surf lifesaver and olympic bronze medallist, in 1984. Curry and Kenny separated in May 2009. They have three children, including model Jett Kenny. Daughter Jaimi Lee Kenny died on 14 September 2020 at age 33, following a long illness.

In 2008 Curry had a heart surgery operation to implant a defibrillator after being found to have an irregular heartbeat as a consequence of a viral infection.

In October 2016, Curry announced her engagement to entertainer Mark Andrew Tabone. They married in May 2018. 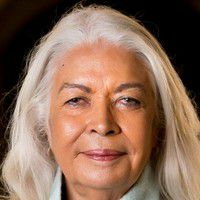 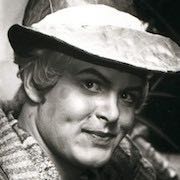