Linden Soles (born October 26, 1956 in Winnipeg, Manitoba) is a Canadian television journalist, best known to international audiences as an anchor on CNN. Most famously, he was known for reporting the death of Diana, Princess of Wales on CNN.

His employment was terminated by the network in 1998 in a management shakeup by Rick Kaplan, after Kaplan concluded that the network had too many anchors for viewers to keep track of.

Prior to joining CNN in 1993, Soles worked for Canadian radio stations including CHIQ-FM Winnipeg and television stations including CKND-TV in Winnipeg, and both CKVU-TV and CHAN-TV in Vancouver, British Columbia. He also was a news anchor during the times of the cult Heaven's Gate.

The contents of this page are sourced from Wikipedia article on 12 Aug 2019. The contents are available under the CC BY-SA 4.0 license.
comments so far.
Comments
Trending today in 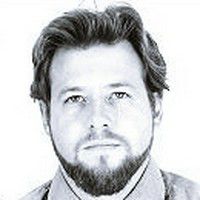