Linda Rose Tripp (née Carotenuto; November 24, 1949 – April 8, 2020) was an American civil servant who played a prominent role in the Clinton–Lewinsky scandal of 1998. Tripp's action in secretly recording Monica Lewinsky's confidential phone calls about her relationship with the president caused a sensation with their links to the earlier Clinton v. Jones lawsuit and with the disclosing of notably intimate details. Tripp claimed that her motives were purely patriotic, and she was able to avoid a wiretap charge in exchange for handing in the tapes. She then claimed that her firing from the Pentagon at the end of the Clinton administration was vindictive, while the administration claimed it to be a standard routine. From 2004, Tripp worked with her husband in a retail business in Middleburg, Virginia.

Tripp graduated in 1968 from Hanover Park High School in East Hanover, New Jersey. She was an Army Intelligence secretary at Fort Meade before being transferred to the Pentagon in 1987.

Tripp was a White House employee in the George H. W. Bush administration, and kept her job when Bill Clinton took over in 1993. During the summer of 1994, senior White House aides wanted Tripp out, so they arranged a job for her in the public affairs office in the Pentagon which gave her a raise of $20,000 per year.

Involvement in the Clinton–Lewinsky scandal

Tripp became a close confidante of another former White House employee, Monica Lewinsky, while they both worked in the Pentagon's public affairs office. According to Tripp, who was about 24 years older than Lewinsky, they knew one another for a year and a half before the scandal began to reach its critical stage. After Lewinsky revealed to Tripp that she had been in a physical relationship with President Clinton, Tripp, acting on the advice of literary agent Lucianne Goldberg, began to secretly record phone conversations with Lewinsky while encouraging Lewinsky to document details of her relationship with the president.

In August 1997, Michael Isikoff, from Newsweek, reported that Tripp said that she had encountered Kathleen Willey coming out of the Oval Office "disheveled," with "her face red and her lipstick was off." Willey alleged that Clinton groped her. Clinton's lawyer Robert S. Bennett said in the Newsweek article, "Linda Tripp is not to be believed."

In January 1998, Tripp gave the surreptitiously recorded tapes to then-Independent Counsel Kenneth Starr in exchange for immunity from prosecution. Tripp disclosed to Starr that she was aware of the relationship between Lewinsky and President Clinton, that Lewinsky had executed a false affidavit denying the relationship that was submitted to the federal court in Arkansas in the Clinton v. Jones lawsuit, and that Lewinsky had attempted to suborn Tripp's perjury in the Clinton v. Jones suit to conceal the Clinton-Lewinsky relationship as well as Tripp's claim regarding Kathleen Willey from the federal court. As Tripp explained, she was being solicited to commit a crime to conceal evidence in the Jones civil rights case. Jones’ lawsuit, initially filed in April 1994 through her attorneys Joseph Cammarata and Gilbert K. Davis, eventually resulted in the landmark U.S. Supreme Court decision in Clinton v. Jones that a sitting President of the United States does not have immunity against civil lawsuits for acts done before taking office, and unrelated to the office.

Tripp also informed Starr of the existence of a navy blue dress that Lewinsky owned that was soiled with Clinton's semen. During their friendship, Lewinsky had shown the dress to Tripp and said she intended to have it dry-cleaned; Tripp convinced her not to.

Based on Tripp's tapes, Starr obtained approval from Attorney General Janet Reno and the special court overseeing the Independent Counsel to expand Starr's investigation into the Clinton-Lewinsky relationship, looking for potential incidents of perjury, to investigate Lewinsky for perjury and suborning perjury as a witness in the lawsuit Paula Jones had brought against Clinton.

Tripp also told Starr that she had evidence directly linking the White House to the Travelgate, Filegate, and Chinagate affairs, but Starr chose not to act on that, preferring to pursue the sex-related allegations.

Tripp maintains she acted out of "patriotic duty." Tripp has claimed that she taped Lewinsky out of self-defense, as she feared retaliation from the Clinton administration, also claiming Lewinsky had assured President Clinton that she had told only Tripp about their affair (which was untrue), thus making her a target since she refused to go along with perjuring herself to protect Lewinsky and the President.

Eventually both Clinton and Lewinsky had to appear before a Washington, D.C., grand jury to answer questions, although Clinton appeared via closed circuit television. After the round of interrogation, the jurors offered Lewinsky the chance to offer any last words. "I hate Linda Tripp," she said.

Indictment by the state of Maryland

Tripp was a resident of Columbia, Maryland, at the time she made her surreptitious recordings of the conversations with Lewinsky, and 49 Democrats in the Maryland Legislature signed a letter to the state prosecutor demanding that Tripp be prosecuted under Maryland's wiretap law. Before the trial, the state court ruled that because of the immunity agreements which the Independent Counsel's office entered into with Tripp, Lewinsky, and others, a substantial amount of the evidence which the prosecution intended to use was inadmissible.

At a pre-trial hearing, the prosecution called Lewinsky as a witness to try to establish that her testimony against Tripp was untainted by the Independent Counsel investigation. However, the Maryland state court ruled that Lewinsky, who "admitted that she lied under oath in a federal proceeding and has stated that lying has been a part of her life," was not credible and Lewinsky's proposed testimony against Tripp was "bathed in impermissible taint." As a result, all charges against Tripp were dismissed on May 26, 2000, when the prosecution decided not to proceed with the trial of the case.

On March 14, 1998, it was revealed that Linda Tripp was arrested when she was 19 years old in Greenwood Lake, New York, in 1969 on charges of stealing $263 in cash as well as a wristwatch worth about $600. The charges were eventually dismissed before coming to trial. Years later, Tripp answered "no" to the question "Have you ever been either charged or arrested for a crime?" on her Department of Defense security clearance form.

Shortly before Tripp was scheduled to appear before the grand jury in the Lewinsky investigation, in March 1998, Assistant Secretary of Defense for Public Affairs Kenneth Bacon and his deputy, Clifford Bernath, leaked to reporter Jane Mayer of The New Yorker Tripp's answer to the arrest question on her security clearance form. Following the Bacon–Bernath leak to Mayer, the Department of Defense leaked to the news media other confidential information from Tripp's personnel and security files. The Department of Defense Inspector General investigated the leak of Tripp's security clearance form information and found that Bacon and Bernath violated the Privacy Act, and the DoD IG concluded that Bacon and Bernath should have known that the release of information from Tripp's security file was improper.

On January 19, 2001, the last full day of the Clinton Administration, Linda Tripp was fired from her job in the Pentagon. Tripp claimed that the firing was vindictive, but the Clinton administration said that all political appointees such as Tripp are normally asked to submit their resignation upon a new administration taking over. Those who refuse may be fired.

Tripp sued the Department of Defense and the Justice Department for releasing information from her security file and employment file to the news media in violation of the Privacy Act of 1974. On November 3, 2003, Tripp reached a settlement with the federal government. The settlement included a one-time payment of more than $595,000, a retroactive promotion, and retroactive pay at the highest salary for 1998, 1999, and 2000. She also received a pension and was cleared to work for the federal government again. Her rights to remain part of a class action against the government were also preserved.

Life after the Clinton–Lewinsky scandal

Tripp was portrayed by John Goodman in recurring Saturday Night Live sketches. Tripp was amused by most of Goodman's impersonations of her, except for one, which hurt her feelings.

In an appearance with Larry King on Larry King Live on December 1, 2003, Tripp talked about living with breast cancer. On the subject of her successful invasion of privacy lawsuit against the federal government, Tripp claimed that she actually came out behind financially because of attorneys' fees and the derailment of her government career. She also claimed that her violations of Lewinsky's privacy and the Clinton administration's violations of her privacy were not equivalent, as the Clinton administration's leaking of her employment history was illegal — noting that although her wiretapping was also illegal, she was able to avoid prosecution for such by accepting immunity in exchange for her testimony.

The Washington Post reported that at an event in 2018, Tripp — in her first public address since 2000 — said "she was the victim of 'a real high-tech lynching'".

In the upcoming television series Impeachment: American Crime Story, Tripp will be portrayed by Sarah Paulson.

The contents of this page are sourced from Wikipedia article on 08 Apr 2020. The contents are available under the CC BY-SA 4.0 license.
comments so far.
Comments
Reference sources
References
https://web.archive.org/web/20100804161334/http://infoweb.newsbank.com/iw-search/we/InfoWeb?p_action=doc
http://infoweb.newsbank.com/iw-search/we/InfoWeb?p_action=doc&p_docid=0EFD502D5C99C190&p_docnum=2&p_queryname=NaN&p_product=NewsBank&p_theme=aggregated4&p_nbid=J4BH4EDFMTE4NTg0NzQ0OS4yODY4NjU6MTo3OnJhLTE4ODg
https://www.washingtonpost.com/wp-srv/politics/special/clinton/stories/tripp020798.htm
https://www.washingtonpost.com/wp-srv/politics/special/clinton/stories/nwcover012698b.htm
http://www.cnn.com/ALLPOLITICS/stories/1999/02/16/tripp.transcript/
https://supreme.justia.com/cases/federal/us/520/681/
https://law.justia.com/cases/federal/district-courts/FSupp/858/902/2253460/
https://www.washingtonpost.com/wp-srv/politics/special/clinton/stories/text012998.htm
http://www.cnn.com/ALLPOLITICS/stories/1998/09/22/tripp/
Trending today in 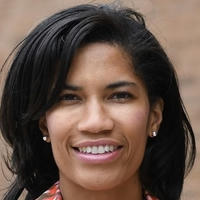