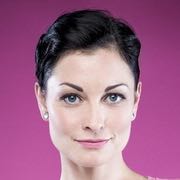 After having passed the A-Levels in Munich in 2000, Lina Van de Mars moved to Berlin, to support the band Lemonbabies as a drummer. At the same time she started studying at the Free University of Berlin, first a master's degree in Dutch and Indian philology as well as history of art. Due to her media work she gave up her studies in 2002. Between 2002 and 2003, Van de Mars first worked as an intern and later as a freelancer for Sony BMG/Epic as a promoter and tour assistant. During this time she worked with artists such as MIA (within the Unirocker-Tour), Lorien, Goldjunge and Destiny’s Child. At the same time she started her training to be a motor mechanic; in 2014 she extended this and did an additional training to be a mechatronics engineer. Later Lina Van de Mars worked in the context of the Beru Top 10 as a mechanic at Alfa Team Engstler.

In November 2003 Lina was discovered and engaged as a talent for presentation in her former auto repair shop by the broadcasting station DSF (today Sport1). On air she was seen for the first time in February 2004, in the show "Tuning TV" which was first presented by the three so-called tuning angels. From 2006 Van de Mars was solely responsible for this format as the presenter. In the same year, the ‘Berliner by choice’ was contracted by the TV station DMAX for the programme "Der Checker", which she presented until 2011 together with Alexander Wesselsky and from 2011 as the main face with a new cast.

In 2008 she also spent time for the programme "The auto professionals" on the channel Sport1 in front of the camera. In 2010 she was also engaged by the TV channel Kabel Eins, for which she presented the live broadcast of the "ADAC GT-Masters" together with Jan Stecker until 2013. At the same time on Kabel Eins, she hosted the format "ADAC Formula Masters" and the show "Adventure Tuning". For Pro 7 Lina moderated the tattoo format "Lina helps" from 2011 until 2012, for which she also took over the editorial responsibility.

In 2011 and 2012 Van de Mars participated in the TV total Stock Car Crash Challenge as a member of the eBay Motors Team. From March 2012 to March 2014, she presented the internet magazine TecTV.de of the Association of German Engineers (VDI). 2013 Van de Mars, who acquired her racing license in 2008, drove for Mercedes Benz in a prototype the rally "Aicha des Gazelles" in Morocco. Only one year later she competed for Opel a complete rally season in the ADAC Opel Rallye Cup in the context of the German Rally Championship. Since October 2014 Lina is the car expert at Sat1 – breakfast TV. Lina was and is often featured on covers; in addition, many print stories were realized with her.

Van de Mars is a vegetarian and supports the animal rights organization PETA, among other things with a television commercial. She also campaigns for the breast cancer prevention "Keep a Breast" and is patron of the wheelchair workshop of the Katrin Rohde-Foundation in Ouagadougou/Burkina Faso. Since 2009, Lina has been a jury member at the "Golden Steering Wheel". 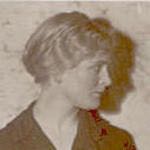