Lina Bo Bardi, née Achillina Bo (December 5, 1914 – March 20, 1992) was an Italian-born Brazilian modernist architect. A prolific architect and designer, Lina Bo Bardi devoted her working life, most of it spent in Brazil, to promoting the social and cultural potential of architecture and design. She was also famed for her furniture and jewelery designs.

Achillina Bo was born on December 5, 1914 in Rome, Italy. Lina was the oldest child of Enrico and Giovana Bo, who later had another daughter named Graziella. In 1939, she graduated from the Rome College of Architecture at the age of 25 with her final piece, "The Maternity and Infancy Care Centre". She then moved to Milan to begin working with architect Carlo Pagani in the Studio Bo e Pagani, No 12, Via Gesù. Bo Bardi collaborated (until 1943) with architect and designer Giò Ponti on the magazine Lo Stile – nella casa e nell’arredamento. In 1942, at the age of 28, she opened her own architectural studio on Via Gesù, but the lack of work during wartime soon led Bardi to take up illustration for newspapers and magazines such as Stile, Grazia, Belleza, Tempo, Vetrina and Illustrazione Italiana. Her office was destroyed by an aerial bombing in 1943. From 1944-5 Bardi was the Deputy Director of Domus magazine.

The event prompted her deeper involvement in the Italian Communist Party. In 1945, Domus commissioned Bo Bardi to travel around Italy with Carlo Pagani and photographer Federico Patellani to document and evaluate the situation of the destroyed country. Bo Bardi, Pagani and Bruno Zevi established the weekly magazine A – Attualità, Architettura, Abitazione, Arte in Milan (A Cultura della Vita). She also collaborated on the daily newspaper Milano Sera, directed by Elio Vittorini. Bo Bardi took part in the First National Meeting for Reconstruction in Milan, alerting people to the indifference of public opinion on the subject, which for her covered both the physical and moral reconstruction of the country.

In 1946, Bo Bardi moved to Rome and married the art critic and journalist Pietro Maria Bardi. In October 1946 Bo Bardi and her husband traveled to South America. In Rio, they were received by the IAB (Institute of Brazilian Architects). Bardi quickly re-established her practice in Brazil, a country which had a profound effect on her creative thinking. She and her husband co-founded the influential art magazine Habitat. The magazine's title referenced Bardi's conceptualization of the ideal interior as a "habitat" designed to maximize human potential.

In 1947, Assis Chateaubriand invited Pietro Maria Bardi to establish and run a Museum of Art. São Paulo was chosen as the location despite Bo Bardi’s preference for Rio de Janeiro. MASP (the São Paulo Museum of Art) was established on October 2, with temporary offices on the second floor of the headquarters of the Diários Associados on Rua Sete de Abril. Bo Bardi designed the conversion of the building into a museum. She also designed the new headquarters for the Diários Associados on Rua Álvaro de Carvalho, São Paulo, and designed jewelry using Brazilian gemstones.

Bo Bardi became a naturalized Brazilian citizen in 1951, the same year she completed her first built work, her own "Glass House" in the new neighborhood of Morumbi. Italian rationalism shaped this first work, but because she was immersed in Brazilian culture, her creative thinking began to become more expressive.

In 1955 Bo Bardi became a lecturer for the Architecture and Urbanism Faculty at the University of São Paulo. She wrote and submitted the manuscript, "Contribuição Propedêutica ao Ensino da Teoria da Arquitetura" (Propaedeutic Contribution to the Teaching of the Theory of Architecture) to the school in 1957, hoping to win a permanent position there.

In 1989, at the age of 74, Bo Bardi was honored with the first exhibition of her work at the University of São Paulo.

Bo Bardi died at the Casa de Vidro on 20 March 1992. When she died she left designs for a new São Paulo City Hall and a Cultural Centre for Vera Cruz.

In 1951 Bo Bardi designed the "Casa de Vidro" (“Glass House”) to live with her husband in what was then the remnants of the Mata Atlantica, the original rain forest surrounding São Paulo. Located on a 7,000-square-metre plot of land, it was the first residence in the Morumbi neighbourhood. The area is now the wealthy suburb of Morumbi but a more domesticated version of the rain forest has since re-established itself around the house, concealing it from view.

The main part of the house is horizontal between thin reinforced concrete slabs with slender circular columns. The columns are pilotis, which allows the landscape to flow under the building. Inside, the main living area is almost completely open, except for a courtyard that allows the trees in the garden below to grow up into the heart of the house. In the house, there are zones allocated to different functions- a dining room, a library, and a sitting area around the freestanding fireplace- but all are unified by the forest views through the glass. In theory, the glass panels slide open horizontally, but there is no balcony to encourage people to go outside.

The living area is only half of the house. The other half sits on solid ground at the top of the hill, on the north side of the living room. A row of bedrooms face a narrow courtyard, on the other side of which is the blank wall of the staff wing. Only the kitchen crosses the divide- a territory shared by servants and mistress, and equipped with a variety of well-designed labor-saving devices.

The São Paulo Museum of Art

Bo Bardi became famous for the ample spaces she sought to construct. Her basic design was used to build the São Paulo Museum of Art (also known as "MASP"), of which her husband Pietro Maria Bardi was curator, which was built between 1957-1968. The Bardis became involved with the Museum after meeting the Brazilian journalist and diplomat Assis Chateaubriand. Chateaubriand, with P.M. Bardi's curatorial insight, acquired a vast collection of art for MASP, including art works by Bosch, Mantegna, Titian and Goya.

In 1948, she founded the Studio de Arte e Arquitetura Palma with Giancarlo Palanti (1906–77) to design economical furniture of pressed wood or plastic manufactured by Pau Brasil Ltda., the fabrication studio they opened, and through which they furnished the São Paulo Museum of Art's first headquarters. In the 1950s, Bardi began designing metal-framed furniture with upholstered seats and backs. Later designs, such as her 1967 Cadeira Beira de Estrada (Roadside Chair), embody an unfussy aesthetic with simplicity of design and reduction and rawness of material.

In 1990, the Instituto Lina Bo Bardi e P.M. Bardi was established to promote the study of Brazilian culture and architecture.

Over the past years, numerous artists and architects including Gilbert & George, Cildo Meireles, Isaac Julien, Cristina Iglesias, Norman Foster, Olafur Eliasson, and Adrián Villar Rojas have created works in homage to Lina Bo Bardi. SANAA architect Kazuyo Sejima put her at the center of her Venice Architecture Biennale in 2009. Her work was the subject of a 2012 exhibition at the British Council in London. In 2013, curator Hans Ulrich Obrist mounted the exhibition “The Insides are on the Outside”, set at the Casa de Vidro and at SESC Pompeia. Gilbert & George spent a day at the Glass House as living sculptures, documenting the results with postcards that will be distributed to visitors.

In 2013 the British Council, in collaboration with the Instituto Lina Bo Bardi e P.M. Bardi, created a fellowship called the Lina Bo Bardi Fellowship for UK architects to travel and work in Brazil.

In 2014, a Google Doodle commemorated her 100th birthday.

In 2015, The Guardian elected Lina Bo Bardi's Teatro Oficina (1991) as the best theatre in the world. 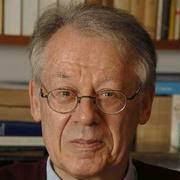