Terry Lin (Chinese: 林志炫; pinyin: Lín Zhìxuàn; born 6 July 1966) is a Taiwanese singer. He has been nominated for the Golden Melody Awards 5 times for Best Mandarin Male Artist. He is known for his clear and elegant androgynous voice, which utilizes different resonance in his head to 'mix' head voice and falsetto to effortlessly move to the high ranges and maintain power and volume despite his slight build. He has a combined range of 3 octaves, but was stretched up an octave when he performed Opera, a rearranged instrumental by Vitas, a song he stated he cannot practice (including perform) more than 4 times a day. He later became the first Taiwanese artist to record his album in One Take and One Take Live with no further editing.

Lin was born in Keelung, Taiwan, and is the oldest of 3, He started Ukulele with Lee Chi at university in 1991 and gained attention in Taiwan and Hong Kong with "Apologize" in 1992, the band made 4 Mandarin albums, 2 English cover albums and a compilation before disbanding in 1996. He was working as a power plant in a mine, but his colleague were all killed in a landslide, so he moved on to work in his father's family publishing company, which he is still the equivalent of COO. In 1999, he was forced to leave the music industry to care for his mother. 9 months after the leave, his mother died, and the original publishing building was forced to rebuild due to a fire.

While Terry Lin is fluent in Taiwanese Hokkien, and his ancestry is in Hokkien, China, his father does not think it suits him as his voice and pronunciation is not compatible. Terry has covered songs from artists such as Steel Heart, Celine Dion, Queen, Air Supply, Vitas, Simon & Garfunkel, Ardian Rrusta. He cited Air Supply as one of his biggest influences.

Terry Lin has been the Chairman of TaiwanCancer Hope Fund since his mother's passing in 2001, and was awarded HKMT (Hong Kong, Macau and Taiwan-wide)Top Philanthropist Award in 2013.

I Am a Singer Season 1

In February 2013, he joined the first season of Hunan Television's I Am a Singer, where he finished runner-up.

I Am a Singer Season 1

In February 2017, Lin returned as a returning singer of the fifth season of I Am a Singer, which was renamed to Singer on that same season. He once again made it to the grand finals, this time finishing in fifth place. 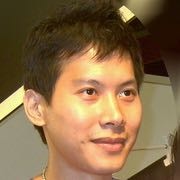 Early senior leader of the Communist Party of China