Lin Yutang (Chinese: 林語堂; pinyin: Lín Yǔtáng; October 10, 1895 – March 26, 1976) was a Chinese writer, translator, linguist and inventor. His informal but polished style in both Chinese and English made him one of the most influential writers of his generation, and his compilations and translations of classic Chinese texts into English were bestsellers in the West.

Lin was born in 1895 in the town of Banzai, Pinghe, Zhangzhou, Fujian. The mountainous region made a deep impression on his consciousness, and thereafter, he would constantly consider himself a child of the mountains (in one of his books he commented that his idea of hell was a city apartment).

Lin studied for his bachelor's degree at Saint John's University in Shanghai, then received a half-scholarship to continue study for a doctoral degree at Harvard University. He later wrote that in the Widener Library he first found himself and first came alive, but he never saw a Harvard-Yale game. He left Harvard early however, moving to work with the Chinese Labor Corps in France and eventually to Germany, where he completed his requirements for a doctoral degree in Chinese philology at the University of Leipzig. From 1923 to 1926 he taught English literature at Peking University.

Enthusiastic about the success of the Northern Expedition, he briefly served in the new Nationalist government, but soon turned to teaching and writing. He found himself in the wake of the New Culture Movement which criticized China's tradition as feudal and harmful. Instead of accepting this charge, however, Lin immersed himself in the Confucian texts and literary culture which his Christian upbringing and English language education had denied him.

His magazine, Lun Yu (Analects), attracted essays and readership, and Lin maintained friendship and debate with Hu Shi, Lu Xun, key figures in the Shanghai literary scene of the 1930s. He was a key figure in introducing the Western concept of humor, which he felt China had lacked. In 1933, however, Lu Xun attacked the journal Analects for being apolitical and dismissed Lin's elegant xiaopin wen 小品文, or small essays, as "bric a brac for the bourgeoisie."

Lin's writings in Chinese were critical of the Nationalist government to the point that he feared for his life. Many of his essays from this time were later collected in With Love and Irony (1940). In 1933, he met Pearl Buck in Shanghai, who introduced him and his writings to her publisher, Richard Walsh, head of John Day publishers, who published Lin's works for many years.

Lin's relation with Christianity changed over the years. His father, of course, was a second-generation Christian, but at Tsinghua, Lin asked himself what it meant to be a Christian in China. Being a Christian meant acceptance of Western science and progress, but Lin became angry that being a Christian also meant losing touch with China's culture and his own personal identity.

On his return from study abroad, Lin renewed his respect for his father, yet he plunged into study of Confucianism, Daoism, and Buddhism and did not identify himself as Christian until the late 1950s.

After 1935, Lin lived mainly in the United States, where he became known as a "wise and witty" popularizer of Chinese philosophy and way of life. Lin's first best sellers were My Country and My People (吾國與吾民) (1935) and The Importance of Living (生活的藝術) (1937), written in English in a charming style. Others include Between Tears and Laughter (啼笑皆非) (1943), The Importance of Understanding (1960, a book of translated Chinese literary passages and short pieces), The Chinese Theory of Art (1967). The novels Moment in Peking (1939), A Leaf in the Storm (1940), and The Vermilion Gate (朱門) (1953) were well received epics of China in turmoil while Chinatown Family (1948) presented the lives of Chinese Americans in New York. Partly to avoid controversial contemporary issues, Lin in 1947 published The Gay Genius: The Life and Times of Su Tungpo, which presented the struggle between Su Dongpo and Wang Anshi as parallel to the struggle between Chinese liberals and totalitarian communists.

Lin's political writings in English sold fewer copies than his cultural works and were more controversial. Between Tears and Laughter (1943) broke with the genial tone of his earlier English writings to criticize Western racism and imperialism.

After the attack on Pearl Harbor, Lin traveled in China and wrote favorably of the war effort and Chiang Kai-shek in Vigil of a Nation (1944). American China Hands such as Edgar Snow criticized the works. Mechanics had been a long time avocation. Since Chinese is a character-based rather than an alphabet-based language, with many thousands of separate characters, it was difficult to employ modern printing technologies. Many doubted that a Chinese typewriter could be invented. Lin, however, worked on this problem for decades and eventually came up with a workable typewriter, brought to market in the middle of the war with Japan.

The Mingkwai "Clear and Quick" Chinese-language typewriter played a pivotal role in the Cold War machine translation research. Lin also invented and patented several lesser inventions, such as a toothbrush that dispensed toothpaste.

In the mid-1950s, he served briefly and unhappily as president (or chancellor) of the Nanyang University, which was newly created in Singapore specifically for Chinese studies as parallel to the English-oriented University of Singapore. He did not, however, choose to continue in that role when the faculty resisted his plans to demolish and rebuild the new school building (which though grand, was not "Western" enough), his demands to have sole control over finances, and a budget clearly beyond its means. Lin accepted a dismissal fee of $305,203, entirely contributed by Tan Lark Sye, to prevent depleting the university's funds.

He would later claim that Nanyang (South Seas) University became a focus of the struggle for control of Singapore between the Communist-directed left and the liberal, social democratic right and that he was too old for the conflict. The episode left a bad taste in the Malayan Chinese community, who felt betrayed by his actions during and after the fiasco.

After he returned to New York in the late 1950s, Lin renewed his interest in Christianity. His wife was a devout believer, and Lin admired her serenity and humility. After attending services with her at the Madison Avenue Presbyterian Church for several months, he joined the church and announced his return to the faith. His 1959 book From Pagan to Christian explained this move, which many of his readers found surprising.

With his facility for both Chinese and English idiom, Lin presided over the compilation of a Chinese-English dictionary, Lin Yutang's Chinese-English Dictionary of Modern Usage (1972), which contains a massive English index to definitions of Chinese terms. The work was undertaken at the newly founded Chinese University of Hong Kong.

His many works represent an attempt to bridge the cultural gap between the East and the West. He was nominated for the Nobel Prize in Literature in 1940 and 1950.

Lin was buried at his home in Yangmingshan, Taipei, Taiwan. His home has been turned into a museum, which is operated by Taipei-based Soochow University. The town of Lin's birth, Banzai, has also preserved the original Lin home and turned it into a museum.

Lin's reputation and scholarship on Lin

Although his major books have remained in print, Lin is a thinker whose place in modern Chinese intellectual history has been overlooked until recently. Lin themed conventions have been organized in Taiwan and Lin's native Fujian, and in December 2011, the International Conference on the Cross-cultural Legacy of Lin Yutang in China and America was held at City University of Hong Kong, with professional and private scholars from mainland China, Hong Kong, Taiwan, Japan, Malaysia, the United States, Germany and Slovakia. The organizer of the conference was Dr. Qian Suoqiao, author of the book, Liberal Cosmopolitan: Lin Yutang and Middling Chinese Modernity (Leiden; Boston: Brill, 2010).

The first full-length academic study of Lin in English is Diran John Sohigian's "The Life and Times of Lin Yutang" (Columbia University Ph.D. diss., 1991). Jing Tsu's Sound and Script in Chinese Diaspora (Cambridge, MA: Harvard University Press, 2010) gives a detailed account of Lin Yutang's typewriter and its role in the context of late 19th century script reform, Chinese national language reform in the early twentieth century and the fascinating story of his typewriting keyboard and machine translation research during the Cold War.

His wife, Liao Tsui-feng (廖翠鳳), was an author, who, along with her daughter Lin Hsiang Ju, wrote three cookery books which popularized Chinese cuisine in the English speaking world. Dr. Lin wrote introductions which explained the historical background and relevance for American life.

His second daughter Lin Taiyi (林太乙; 1926–2003) was also known as Anor Lin in her earliest writing, and had the Chinese name Yu-ju 玉如. She was an author and the general editor of Chinese Reader's Digest from 1965 until her retirement in 1988. She also wrote a biography of her father in Chinese (林語堂傳), which shows some signs of her father's literary flair.

His third daughter Lin Hsiang-ju (林相如; born 1931), was referred to as MeiMei in childhood. She was co-author of cookbooks with her mother, and was a biochemist at Queen Mary hospital in Hong Kong.

Works by Lin in Chinese or published in China to 1935 include:

Works by Lin in English include:

Lin's reputation and scholarship on Lin 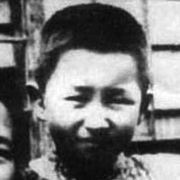