Liliyana Natsir (born 9 September 1985) is a retired Indonesian badminton player who specialized in doubles. With one gold and silver from the Olympic Games, and four gold medals at the BWF World Championships, she is regarded as one of the greatest mixed doubles players of all-time. Natsir was the second Indonesian woman Olympic gold medalist, after Susi Susanti won gold in 1992. She gained huge success by partnering with two different players. Her last partner was Tontowi Ahmad after being separated from her previous partner, Nova Widianto. She also won three titles in a row from 2012–2014 at All England Badminton Championships, one of the most prestigious and oldest tournament in the sport. Her tactical awareness, game vision, and dominance at the front court are considered as one of the best in the tour. In 2016, she and Tontowi Ahmad became the first Indonesian mixed doubles pair to win gold medal at the Olympic Games after beating Chan Peng Soon and Goh Liu Ying of Malaysia. As of 2019, she holds the highest number of BWF World Championship titles for mixed doubles.

Natsir had dreamed of being a badminton athlete since childhood. She started playing badminton at the age of nine at her local badminton club in Manado. Three years later, she decided to move to Jakarta and entered her youth club, Tangkas Alfamart. She joined the national badminton team of Indonesia in 2002 together with Natalia Poluakan, her longtime friend from Manado. When she and Poluakan won the women's doubles title in Pekan Olahraga Nasional (National Games), Richard Mainaky noticed her game and invited her to play in mixed doubles with Nova Widianto.

In 2006, Natsir and Widianto won the Asian Championships in mixed doubles and four World Grand Prix titles. They won the BWF World Championships in both 2005 and 2007. While Natsir had previously focused on mixed doubles with partner Nova Widianto, in 2007 she began playing women's doubles with Vita Marissa. In the 2007 Southeast Asian Games in Thailand, Natsir and Marissa won the gold medal in women's doubles, defeating their Indonesian teammates Jo Novita and Greysia Polii in straight sets. They also helped the Indonesian women's team win the team gold medal at the games. In the beginning of 2009 Marissa resigned from national team. When this decision came out, Marissa and Natsir had to split up and each focus on their own career. One year later, in September 2010, the badminton world was surprised by the sudden split of world number #1 mixed-doubles pair Widianto and Natsir. In total, Nova and Liliyana had clinched two World Championship gold medals and 14 titles all together, and were still at world #1 when the decision was announced. Since then Lilyana has paired with the younger player Tontowi Ahmad in mixed doubles.

Natsir competed in badminton at the 2016 Summer Olympics – Mixed doubles with partner Tontowi Ahmad and won the gold medal in the end.

Natsir competed in badminton at the 2012 Summer Olympics – Mixed doubles with partner Tontowi Ahmad and finished fourth at the end.

Natsir competed in badminton at the 2008 Summer Olympics in mixed doubles with partner Nova Widianto and earned a silver medal. They were defeated in the final by the gold medalists Lee Yong-dae and Lee Hyo-jung of South Korea in straight sets 21–11 and 21–17.
She also competed in the women's doubles event with Vita Marissa but lost to Zhang Jiewen and Yang Wei of China in the first round.

The BWF Superseries, launched on 14 December 2006 and implemented in 2007, is a series of elite badminton tournaments, sanctioned by Badminton World Federation (BWF). BWF Superseries has two levels: Superseries and Superseries Premier. A season of Superseries features twelve tournaments around the world, which introduced since 2011, with successful players invited to the Superseries Finals held at the year end. Liliyana has got many superseries titles with some partners such as Nova Widianto, Vita Marissa, and Tontowi Ahmad.

Natsir is a daughter of Beno Natsir (father) and Olly Maramis (mother). 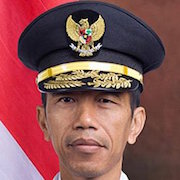 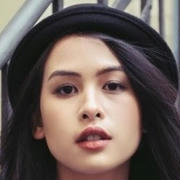