Lily Eskelsen García (born May 1, 1955) is an American teacher and trade union leader. As President of the 3 million-member National Education Association, she leads the largest professional employee organization in the United States.

Lily Eskelsen García was born Lilia Laura Pace on May 1, 1955, in Fort Hood, Texas. Her father was in the United States Army. Her mother is from Panama. After high school, she married Ruel Eskelsen. He died March 18, 2011. They have two children. Eskelsen began her career as a cafeteria worker, and then as an aide to a special education teacher. At this teacher's suggestion, she went back to school to pursue a teaching degree. She worked her way through the University of Utah on scholarships, student loans, and as a starving folk singer, graduating magna cum laude in elementary education and later earning her master's degree in instructional technology.

In 1980, Eskelsen García went to work teaching fourth, fifth, and sixth grades at Orchard Elementary in the Granite School District in Utah. In 1989, she was named Utah Teacher of the Year.

In 1998 she was the first Hispanic to be chosen as the Democratic Party's nominee for a U.S. Congressional seat in Utah, raising almost $1 million, and receiving 45% of the vote, ultimately losing to incumbent Merrill Cook in the general election.

In 2000, she served as a member of President Bill Clinton's White House Strategy Session on Improving Hispanic Education, and in 2011, President Obama named her a member of the President’s Advisory Commission on Educational Excellence for Hispanics

She authored a humor column on parenting that ran in 22 local newspapers. Her education advice for parents has been published in Time, Working Mother, and Woman's World, and she's been featured on Fox News's Hannity & Colmes and CNN's Lou Dobbs Tonight. She has been the invited keynote speaker for hundreds of education events in virtually every state and was highlighted by Education World in their "Best Conference Speakers" edition. She writes a blog, “Lily's Blackboard,” covering the latest education issues.

Her union leadership has included writing protest songs, including one about the No Child Left Behind Act. As vice president, she has been part of NEA’s recent emphasis on working with the American labor movement; she appeared in Washington, D.C. on December 10, 2009, with labor leaders from the Teamsters and the AFL-CIO to speak out against taxing health-care benefits, where she said, "We should tax the millionaires, not teachers and bus drivers."

She succeeded Dennis Van Roekel as president of the National Education Association on September 1, 2014.

She is currently married to graphic artist Alberto Garcia with whom she published the 2014 book, “Rabble Rousers: Fearless Fighters for Social Justice”.

Controversy around October 2015 Remarks About Students with Disabilities

In November 2015, Garcia received backlash for comments she made during the Campaign for America’s Future Awards Gala. During a speech, she said, "We diversify our curriculum instruction to meet the personal individual needs of all of our students, the blind, the hearing impaired, the physically challenged, the gifted and talented, the chronically tarded and the medically annoying." Several organizations, including the American Association of People with Disabilities and National Down Syndrome Society, called on her to apologize and asked for more open dialogue regarding students with disabilities. Garcia apologized on her blog, saying she was trying to be funny and misused her words. She meant to say "chronically tardy", not tarded, and by "medically annoying" she didn't mean students with medical issues but rather those who use their own problems to purposefully disrupt class and the teacher. 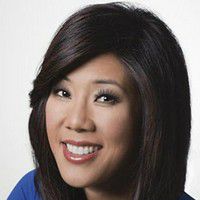 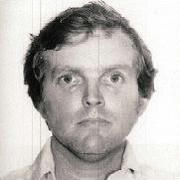 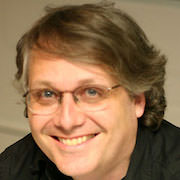 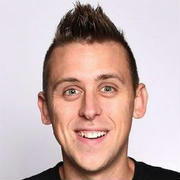