Early career and resignation from RAI

Gruber was born in Bolzano and is a German and Italian native speaker. She graduated in foreign languages and literature at the University of Venice. In 1982 Gruber started her journalism career and in 1987 became TG1's anchor, the main television news program on Rai Uno.

In 1988, she became political correspondent for RAI, covering events such as the collapse of the Soviet Union, the Israeli-Palestinian conflict, the war in the former Yugoslavia, the situation in the United States after the terrorist attacks of 11 September 2001, and the Iraqi war.

In April 2004 Gruber resigned from her position at RAI in protest against the influence on state controlled media by Prime Minister Silvio Berlusconi. She attacked his "unresolved conflict of interest", and considered that RAI had abandoned its tradition of pluralism in order to support the government's views. Gruber has also worked for the Italian newspaper La Stampa, for "Io Donna", TV Sorrisi e Canzoni and Anna.

In the European Parliament elections of 2004 she ran as an independent candidate for the European Parliament under the centre-left Olive Tree ticket; her candidacy was proposed, together with Michele Santoro, after she was pushed out of Silvio Berlusconi-controlled RAI. She topped the Olive Tree votes in two electoral regions, and beat Berlusconi himself in the Central region vote. After election, she joined the Socialist Group. Gruber served in the Committee on Civil Liberties, Justice and Home Affairs, and as an alternate on the Committee on Foreign Affairs and Chair of the Delegation for relations with the Gulf States, including Yemen. She resigned from her position in September 2008, months before the natural completion of her mandate, to return to her previous journalism career.

Back into national TV

After her resignation from European Parliament, in 2008 Gruber accepted an offer from private TV channel La7, where she took charge of the long-running political talk show Otto e mezzo, that she still hosts to date.

She was included in the guest list of Bilderberg Group 2012 edition, at Chantilly, Virginia, as Journalist/Anchorwoman, and was the only journalist allowed at the 2013 meeting in Hertfordshire, England. 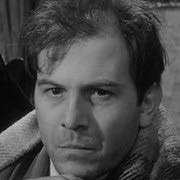 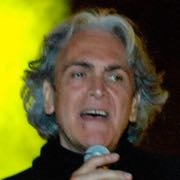