Reinhart was born in Cleveland, Ohio, and raised in the nearby town of Bay Village. She is of German and French descent and has stated her surname is of German origin. She developed a love for singing, acting, and dancing at the age of 10, and begged her mom to drive her to New York for auditions.

Reinhart moved to Los Angeles when she was 18 years old to pursue acting and almost gave up after five months.

On February 9, 2016, Reinhart was cast as Betty Cooper, "sweet, studious, eager-to-please and wholesome with a huge crush on her longtime best friend, Archie" in The CW's teen drama series Riverdale. The series premiered on January 26, 2017, and is currently renewed for a fifth season. Previously, Reinhart worked on the Fox sitcom Surviving Jack.

Among her late 2010s film roles, Reinhart starred in Mélanie Laurent's Galveston (2018), and in Lorene Scafaria's Hustlers (2019), and made a cameo appearance as an Angel recruit in Elizabeth Banks' action film Charlie's Angels (2019). On June 14, 2019, it was announced that Reinhart would star as Grace Town in Richard Tanne's drama film Chemical Hearts (2020). Chemical Hearts will be distributed by Amazon Studios and is Reinhart's first credit as an executive producer on a film.

On October 8, 2019, it was announced that Reinhart will publish a book of poems called Swimming Lessons: Poems. Reinhart stated she decided she wanted to share her poetry with the world despite her fear of doing so and that her own experiences inspired the collection. The book explores young love and anxiety and depression in the face of fame. Swimming Lessons was originally scheduled to be released on May 5, 2020, but was delayed to September 29, 2020. In an interview with InStyle, Reinhart teased a possible sequel to Swimming Lessons by stating, "Even as my book is ready to be published now, I'm already working on another. It's not like I'm even working on it, I'm just constantly writing and they're stacking up. Hopefully if my first book does well, I can keep going."

On October 24, 2019, Reinhart announced that she partnered with American Express for the relaunch of its AmexGreen Card. Also in October 2019, Reinhart became a spokesperson and ambassador for CoverGirl. Erika Woods, CoverGirl's vice president of marketing, stated "We're excited for Lili to join our family as she embodies a woman who is unapologetically herself – she is authentic, talented, and truly lives by what she believes in."

Reinhart was diagnosed with depression at age 14. She also suffers from anxiety and body dysmorphia. She came out as bisexual in June 2020.

The contents of this page are sourced from Wikipedia article on 19 Aug 2020. The contents are available under the CC BY-SA 4.0 license.
View Lili Reinhart 's image gallery
Image Gallery 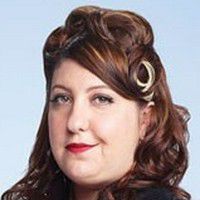 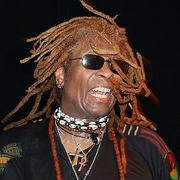