Lathan Moses Stanley Echols (born January 25, 2002), known professionally as Lil Mosey, is an American rapper, singer and songwriter. He rose to fame in late 2017 with the release of his single "Pull Up". Mosey's debut studio album Northsbest (2018) included his first Billboard Hot 100 charting single, "Noticed". His second studio album, Certified Hitmaker (2019), peaked at number 12 on the US Billboard 200. In 2020, Mosey released the highest-charting single of his career, "Blueberry Faygo", which peaked at number 8 on the Billboard Hot 100.

Lathan Moses Stanley Echols was born on January 25, 2002 in Mountlake Terrace, Washington, to a white mother and a half-Puerto Rican, half Black father. He was raised by his mother in the north side of Seattle. He began rapping in his early teens and started his music career in the eighth grade. Echols first attended Mountlake Terrace High School, then transferred to Shorecrest High School in the tenth grade. He later dropped out of school following the success of his song "Pull Up", and went on to pursue his career, heading to Los Angeles to record.

"Pull Up" was Lil Mosey's first released track and served as his debut commercial single. Its music video reached over 25 million views on YouTube in the first 16 months upon its release. On March 14, 2018, Mosey released his second commercial single "Boof Pack". Its music video has received over 13 million views on YouTube in just over a year after its release. Around 4 months later, he released "Noticed" as his third commercial single alongside a music video directed by Cole Bennett, also with the help of Jesus Sevilla, his cousin. The music video was viewed just short of 10 million times within the first two weeks of its release. In the video, "Mosey and his friends live the good life as they relax in a luxury apartment, which overlooks a beautiful beach".

On October 19, 2018, he released his debut studio album titled Northsbest, which includes all three of his commercial singles and eight other tracks. The only artist featured is BlocBoy JB.

On November 8, 2019, he released his second studio album, Certified Hitmaker. The album was reissued on February 7, 2020, with the release of the single, "Blueberry Faygo", which later became his highest-peaking song on the Billboard Hot 100, peaking at number 8 and charting well internationally. On June 26, 2020, Lil Mosey released the single "Back at It" featuring Lil Baby. And on August 5, 2020, Lil Mosey released the single "Top Gone" featuring Puerto Rican singer Lunay. Both singles appeared on the deluxe edition of Certified Hitmaker, titled "Certified Hitmaker (AVA Leak)", released on August 14, 2020.

On August 30, 2020, during an interview with The Hollywood Fix, Mosey teased a new project by playing a snippet of new music. The project was later announced to be a new mixtape titled Universal. The mixtape will act as a transition between Certified Hitmaker, and his upcoming third studio album: The Land of Make Believe. The mixtape is expected to be released before the end of 2020, however no specific release date has been announced. On October 1, 2020, Mosey released a video on his YouTube channel celebrating the world premiere of FIFA 21, which doubles as the trailer for Universal. In it, Mosey wears a custom jersey and performs a medley of his songs "Bands Out Tha Roof", "Blueberry Faygo", and "Live This Wild", respectively.

Mosey has also appeared on various artists' songs, such as "Vicious" by Canadian singer Tate McRae, "Thug Kry" by American rapper YG, "No Honorable Mentions" by Trippie Redd, which also features Quavo, and "Krabby Step", with American rappers Tyga and Swae Lee, from the soundtrack for The SpongeBob Movie: Sponge on the Run.

On November 13, 2020, Mosey released "Jumpin Out the Face", as the lead single for his upcoming mixtape Universal, along with an accompanying music video.

On January 25, 2021, his nineteenth birthday, Mosey celebrated by releasing "Holy Water", as the second single for Universal. The next week, he released the third single, "Enough".

In 2020, Mosey opened his own record label Certified Hitmakers.

His first signee was Jae Lynx, who released his debut single “Bad Girl Vibes” under the label on November 6, 2020. On January 14, 2021, Lynx released his second single “Regrets” with YNW BSlime.

Lil Mosey is known for his melodic flow and lyrics that are tailored to his life. When asked if the term "mumble rap" applies to him in an interview with Complex, Lil Mosey says "I wouldn’t consider myself a mumble rapper, because I don’t know what that is. But when I talk, I mumble." Although Lil Mosey does not consider his sound to be similar to Meek Mill's, he does consider the rapper an influence as in an interview with XXL Magazine, he describes how he would always listen to Meek Mill's song "Dreams and Nightmares" when he was younger. When asked in the same interview about what comparisons he has drawn, Mosey responded "Music-wise, they be comparing me to Drake".

Lil Mosey has toured with rappers Smooky MarGielaa, Lil Tjay, Polo G and Smokepurpp. In 2018, Lil Mosey was on tour with Juice Wrld and YBN Cordae, serving as the opening act for Juice Wrld's WRLD Domination Tour. He has also received a co-sign from Lil Xan, and he says his first real live performance as an established artist came when Lil Xan brought him on stage during his concert in Seattle. The rapper also performed at Rolling Loud in 2018. Lil Mosey has also toured with Sauve and Bandkidjay. He has given free performances, such as one in Seattle for a baby toy drive. He toured Europe, Canada and the US on the Certified Hitmaker Tour.

Other charted and certified songs 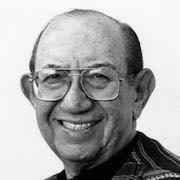