Lieke Wevers (born September 17, 1991, in Leeuwarden) is a Dutch artistic gymnast. She was the first Dutch woman to win a European title in gymnastics: at the 2015 European Games, she won the gold medal on the balance beam and was the bronze medallist with the Dutch team, in the floor exercise and in the individual all-around final. Wevers is six minutes younger than her fraternal twin, Sanne, who is an Olympic gold medalist. They are both members of the Dutch national gymnastics team and are coached by their father, Vincent. Lieke studies psychology and speaks Dutch, English, German, and French.

In 1992, Wevers and her family moved to Oldenzaal. When she was 12, she and her sister started training with their father at a local club in Dronrijp. The family later moved to Twente, and the twins started training at Top Gymnastics Eastern Netherlands (Dutch: Topturnen Oost-Nederland). Her parents helped turn it into a high-level sports facility called BosanTON.

In 2013, Vincent Wevers had an argument with the management of the facility and was fired. Ultimately, the twins moved with their father to Heerenveen to train, while their mother stayed in Oldenzaal.

Wevers' international debut was at the 2009 Cottbus World Cup, where she won silver on beam behind Marta Pihan-Kulesza of Poland and finished eighth on the uneven bars. However, at the 2009 European Championships, she tore her ACL and she did not compete for another two years.

She made her comeback to competition at the 2011 World Championships. In the qualification round, she competed on bars, beam, and floor to help the Dutch team finish in 13th. This result qualified them for the 2012 Olympic Test Event, but at the Test Event, the team finished in eighth and did not qualify for the Olympics. Afterward, Wevers had surgery on both of her wrists.

In July 2016, Wevers was named to the Dutch team for the 2016 Summer Olympics, and her sister Sanne also made the team. She helped the Netherlands finish seventh in the team competition and also qualified to the individual all-around final, where she finished 20th. 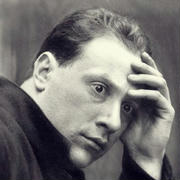