Liang made her WTA Tour main-draw doubles debut, partnering Zhou Yimiao at the 2009 Guangzhou International Women's Open. They lost in the first round to Peng Shuai and Xu Yifan.

At the 2011 Guangzhou International Women's Open, partnering Tian Ran, they defeated Alona Bondarenko and Mariya Koryttseva 4–6, 6–3, [12–10] in the first round before losing to the 2nd seeds Alberta Brianti and Petra Martić in the quarterfinals.

The contents of this page are sourced from Wikipedia article on 09 Jul 2020. The contents are available under the CC BY-SA 4.0 license.
comments so far.
Comments
From our partners
Sponsored
Reference sources
References
https://www.wtatennis.com/players/311975
https://www.itftennis.com/procircuit/players/player/profile.aspx?playerid=100038489
https://www.fedcup.com/en/players/player.aspx?id=800244061
Trending today in 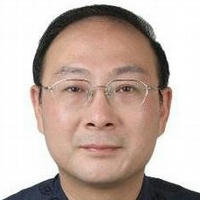