Liam Picken (born 1 August 1986) is a former Australian rules footballer who played for the Western Bulldogs in the Australian Football League (AFL) from 2009 to 2017. In 2016 he played in the Bulldogs' premiership team (the club's first since 1954). He hails originally from the western Victorian town of Hamilton.

Before being drafted he completed a pre-season with Collingwood and two with the Bulldogs. In 2008 he was the Williamstown Seagulls best and fairest player in the Victorian Football League (VFL), earning his position on the Bulldogs rookie list.

Picken made his debut against North Melbourne on 5 April 2009, collecting 9 possessions in a traditional tagging role against Kangaroos stalwart Brent Harvey, in which he kept his opponent goalless and largely ineffective.

Since his brilliant debut, he has since played on other key players to great effect including Andrew McLeod, Leigh Montagna and Brett Deledio. He played on Deledio twice in 2009 and restricted the star player to just 16 and 13 disposals respectively, the only two times during the season that Deledio had fewer than 20 touches.

During a match against Fremantle in 2013, Picken accidentally collided with goal umpire Courtney Lai in the third quarter, when he was attempting to smother a point-blank shot at goal by Michael Walters; the result was that Lai, a qualified doctor, suffered what was a self-diagnosed an ACL tear. Picken recalled the clash as being "an accident".

Although branded as a tagger, Picken could also win possession of the ball and use it well. When Luke Beveridge took over as coach of the Bulldogs at the end of 2014, he gave Picken a more attacking role. During the Bulldogs' amazing run to the 2016 AFL Premiership, Picken was a crucial figure, starring in all four finals and kicked three goals (including the sealer) in the Grand Final. He was awarded the Best Finals Player by the Western Bulldogs.

In 2017, the Australian food company Australian Almonds approached Picken, along with fellow footballers Scott Selwood, Max Gawn, Brianna Davey and Ellie Blackburn, to serve as an ambassador of their campaign to recognize hard-working but low-profile individuals through the Australian Hard Nut Awards.

While playing in a pre-season game against Hawthorn in Ballarat, Picken received an accidental knock to the head and suffered severe concussion and because of side effects missed the entire 2018 season.

On 1 April 2019, after numerous comeback attempts, Picken announced his retirement due to ongoing concussion symptoms.

Picken is the son of former Collingwood and Sydney footballer: Billy Picken, who's a member of the Collingwood Team of the Century and played across both clubs from 1973 to 1986. Picken's older brother, Marcus Picken, also played for the Brisbane Lions, as did their cousin, former captain and Coleman Medal winner Jonathan Brown.

He is married to Annie Nolan, a blogger and social commentator. They have three children: a son named Malachy (born in 2011) and twin daughters, Delphi and Cheska (born in 2013).

Liam Picken has pledged to donate his brain in hopes to aid further research in chronic traumatic encephopathy as a result of repetitive head injuries sustained as his time in the AFL.

Statistics are correct to the end of the 2017 season

The contents of this page are sourced from Wikipedia article on 04 Jul 2020. The contents are available under the CC BY-SA 4.0 license.
View Liam Picken 's image gallery
Image Gallery 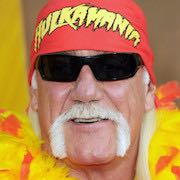