Lorenzo Levon Kirkland (born February 17, 1969) is a former American football linebacker in the National Football League and current outside linebackers coach for the Arizona Cardinals. A second-round draft choice of the Pittsburgh Steelers in the 1992 NFL Draft, he went on to play 11 years in the NFL including nine seasons with the Steelers, and one each for the Seattle Seahawks and the Philadelphia Eagles.

Kirkland was a massive inside linebacker, just 6'1" but weighing anywhere from 275-300 pounds during his career. Yet he had great speed and agility for a big man. He became a starter at inside linebacker for the Steelers in his second season, 1993, replacing Pro Bowler David Little. By 1995, he was recognized as one of the top inside linebackers in the league, and had a stellar performance in Super Bowl XXX against the Dallas Cowboys at the end of the season. In that game, the Steelers defense held the Cowboys to just 15 first downs and Emmitt Smith and the Cowboys powerful running attack to just 56 yards, despite losing 27-17 in large part due to two key interceptions thrown by Steelers quarterback Neil O'Donnell. Kirkland had 10 tackles and a key sack of Dallas quarterback Troy Aikman.

That game and his outstanding 1996 season earned Kirkland his first trip to the Pro Bowl and All-Pro honors after the 1996 season. The Steelers had lost their emotional leader, outside linebacker Greg Lloyd, at the start of the season to a knee injury, but Kirkland took over the mantle of leadership. He also took over Lloyd's role in pass coverage as the only linebacker in the Steelers nickel defense. Opponents thought Kirkland would not be as adept in pass coverage as the fast Lloyd, but they quickly found out that Kirkland was just as fast and quick. He had four interceptions that season, a high number for an inside linebacker, to go along with four sacks and 114 tackles.

He made the Pro Bowl after the 1997 season as well, making a career-high and team-leading 126 tackles and career-high five sacks, as the Steelers went to the AFC Championship game (losing to the Denver Broncos). Although Kirkland played well in the next three seasons (1998–2000), the Steelers struggled on offense, and failed to make the playoffs, and Kirkland did not earn any more Pro Bowl berths despite his strong play.

In a surprise move, the Steelers waived Kirkland just before the 2001 season due to salary cap pressure. That year many star players were waived due the salary cap including John Randle, Troy Aikman, and Jerry Rice. Kirkland went to the Seattle Seahawks where he became a leader on the defense and had over 100 tackles. The next year he played his final season for the Eagles, becoming the veteran leader of a defense that ranked seventh in the league and advanced to the NFC Championship game before losing to the Buccaneers.

In 1996, Kirkland was named to Clemson University's All-Centennial team and was inducted into the University's Hall of Fame in 2001. After retiring from the NFL, he returned to Clemson and earned his sociology degree in 2004 and worked for Clemson coordinating minority recruitment in admissions for the university. He was inducted into the South Carolina Athletic Hall of Fame in 2008. Kirkland also educates student-athletes across the country on the college recruiting process as an Educational Speaker for the National Collegiate Scouting Association.

Kirkland's wife, Keisha, with whom he has a daughter, Kennedy, died in October 2013 due to lung cancer.

Kirkland's cousin, Devon Still, currently with the Houston Texans also played in the NFL with the Cincinnati Bengals. His uncle Lamont Kirkland was a light heavyweight professional boxer. 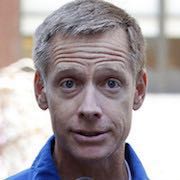 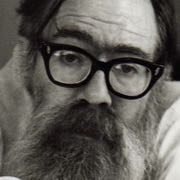 Co-leader of the Whyos with Danny Lyons