Lev Natanovich Lunts (Russian: Лев Ната́нович Лунц; May 2, 1901 – May 10, 1924) was a Russian/Jewish writer, playwright, critic, translator, and essayist. He was a member of the Serapion Brothers literary group.

Lunts was born in Saint Petersburg, the capital of the Russian Empire, into a wealthy Jewish family on May 2, 1901. His father was a professional pharmacist and seller of optical devices. As a child, Lev was given a Jewish education. From 1918 to 1922 he studied history and philology at Petrograd University. Overall, he acquired the knowledge of eight or nine languages, and after graduation he stayed at the University to teach Spanish and French.

He started his writing career at the age of 18, at the time of the Russian Revolution and Civil War. He was soon noticed by the reading public, and his essays, fiction, and plays made him a celebrity by the early 1920s. His literary talent was praised by Maxim Gorky and Yevgeny Zamyatin, the top authors of the era.

Lunts became a member of the Serapion brothers, a literary group of Petrograd writers, where he played a leading role in the establishment of the group and the forming of its ideas. The group included Mikhail Zoshchenko and Veniamin Kaverin (who would become highly prolific authors of Soviet literature in the future), as well as many other notable persons. It was Lunts who proposed the group's name after E. T. A. Hoffmann's story collection called The Serapion Brethren. Hoffmann's literary heroes, hermit Serapion and his brothers, were proposed by Lunts as a model of salvation found in literature. He also produced the article Why We are Serapion Brothers in 1921, which somewhat unexpectedly became the group's manifesto. The article was critical to the realities of the new post-revolutionary socialist state, the RSFSR. The publication drew official criticism, to which Lunts responded with the essay On Criticism and Ideology. Subsequently he wrote a second group manifesto entitled Go West, which was published by Maxim Gorky's Berlin-based magazine Beseda (Conversation).

Lunts lived at the Petrograd House of the Arts, in harsh conditions. His health was deteriorating, but he continued to write fiction and plays, and to make translations, including one of the play Saul by Vittorio Alfieri. Lunts's own first play Outside the Law was accepted for production in 1923 but was banned in the Soviet Union. After this, his works were no longer published in the Soviet Union. However, Outside the Law was published in Europe and staged in several cities. In particular, it was published in Beseda and praised by Luigi Pirandello, who claimed "it was the best play to come out of Russia in recent years".

In June 1923 Lunts moved to Germany, where his family had emigrated in 1921. He died in Hamburg in 1924 of a brain embolism, thought to have been caused by a congenital heart defect. Lunts was vilified by the Soviet establishment for his "cosmopolitanism" and apoliticism", along with his fellow Serapion brother Mikhail Zoshchenko. Lunts's works have been translated into English and other languages, and a volume of his works in Russian was published in Saint Petersburg in 1994. 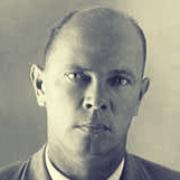 Grand Duchess of Russia, the youngest daughter of Peter the Great