Ethiopian Airlines Flight 961 was a scheduled flight serving the route Addis Ababa–Nairobi–Brazzaville–Lagos–Abidjan. On 23 November 1996, the aircraft serving the flight, a Boeing 767-200ER, was hijacked en route from Addis Ababa to Nairobi by three Ethiopians seeking asylum in Australia. The plane crash-landed in the Indian Ocean near Grande Comore, Comoros Islands due to fuel exhaustion; 125 of the 175 passengers and crew on board, including the three hijackers, died. The crash was captured on video.

Prior to the crash, Leul had experienced two previous hijackings. The first occurred 12 April 1992 on Flight ETH574, a Boeing 727-260. The flight was diverted to Nairobi after two hijackers with hand grenades entered the cockpit. The second occurred on 17 March 1995, flying a Boeing 737-260. Leul diverted to Sweden when the hijackers entered the cockpit and flew there while holding a hostess hostage. In both cases, the flights landed safely with nobody injured or killed.

The flight had been delayed in order to wait for a connecting flight. The aircraft took off at 08:09 UTC.

At about 08:29 UTC, when the aircraft, referred to as Zulu by Ethiopian Airlines' pilots, after the last letter of its registration, was still flying over Ethiopian airspace, three Ethiopian men charged the cockpit and hijacked the aircraft after taking an axe and a fire extinguisher from the cockpit. According to a special Airdisaster.com report: "One of the men ran down the aisle toward the cockpit, shouting statements that could not be understood, and his two accomplices followed soon after." The Airdisaster report described the men as "young (mid-twenties), inexperienced, psychologically fragile, and intoxicated." Ethiopian state-operated radio later identified the hijackers as two unemployed high-school graduates and a nurse; their names were Alemayehu Bekeli Belayneh, Mathias Solomon Belay, and Sultan Ali Hussein (they did not say who had which description).

The men threatened to blow the plane up in flight if the pilots did not obey their demands. The hijackers said that there were eleven of them when in fact there were only three. After assaulting and forcing first officer Yonas Mekuria into the cabin, they made the following announcement:

Everybody should be seated, I have a bomb.

Over the intercom, they declared in Amharic, French and English that if anyone tried to interfere, they had a bomb and they would use it to blow up the plane. Authorities later determined that the purported bomb was actually a covered bottle of liquor.

The hijackers demanded the plane be flown to Australia. Leul tried to explain they had only taken on the fuel needed for the scheduled flight and thus could not even make a quarter of the journey, but the hijackers did not believe him. One of them pointed out a statement in the airline's in-flight magazine that the maximum flying time of the 767 was 11 hours.

Instead of flying towards Australia, the captain followed the African coastline southward. The hijackers noticed that land was still visible and forced the pilot to steer east. Leul secretly headed for the Comoro Islands, which lie midway between Madagascar and the African mainland. During this time two of the hijackers went into the cabin, with the lead hijacker (as stated in the report) staying in the cockpit.

The plane was nearly out of fuel as it approached the island group, but the hijackers continued to ignore the captain's warnings. Out of options, Leul began to circle the area, hoping to land the plane at the Comoros' main airport. This forced Leul to land at more than 175 knots (324 km/h; 201 mph).

At 11:41 UTC the right engine flamed out. The hijacker briefly exited into the cabin to talk with the other hijackers. Leul took this opportunity to make use the aircraft's public address system and made the following announcement:

Ladies and gentlemen this is your pilot, we have run out of fuel and we are losing one engine [at] this time, and we are expecting [a] crash landing and that is all I have to say. We have lost already one engine, and I ask all passengers to react..... to the hijackers....

Hearing this, the lead hijacker returned to the cockpit and struck Leul's microphone out of his hand. Shortly after this, the left engine flamed out, forcing the 767 to glide. The Cockpit Voice recorder (CVR) then recorded the following (lowercase words were spoken in Amharic while words typed in uppercase were spoken in English):

Leul: "For the sake of my responsibility AT LEAST the passengers must know the condition.
Hijacker: "Descend it increase the speed further."


Leul: "It doesn't have any difference. PLEASE. All the same. We are going to die. Why don't you- I thought there is no need to. For the passengers-"

Leul's sentence was cut off as the CVR and Flight Data Recorder (FDR) both stopped recording at this point due to both engines having flamed out.

Leul tried to make an emergency landing at Prince Said Ibrahim International Airport on Grande Comore, but a fight with the hijackers at the last minute caused him to lose his visual point of reference, leaving him unable to locate the airport. While still fighting with the hijackers, he tried to ditch the aircraft in shallow waters 500 yards (460 m; 1,500 ft) off Le Galawa Beach Hotel, near Mitsamiouli at the northern end of Grande Comore island. Leul attempted to land parallel with the waves instead of against the waves in an effort to smooth the landing. Seconds prior to contacting the water the aircraft was banked left some ten degrees; the left engine and wingtip struck the water first. The engine acted as a scoop and struck a coral reef, slowing that side of the aircraft quickly and causing the Boeing 767 to suddenly tilt left. The rest of the aircraft then entered the water unevenly, causing it to break apart. Except for the rear part of the airframe, the broken portions of the fuselage sank rapidly. Many passengers died because they inflated their life jackets in the cabin, causing them to be trapped inside by the rising water.

Island residents and tourists, including a group of scuba divers and some French doctors on vacation, came to the aid of crash survivors. A tourist recorded a video of ET-AIZ crashing. She said that she had begun taping because she initially believed that the 767 formed a part of an air show for tourists.

Medical treatment and repatriation of bodies

At the time there was no mortuary in Moroni, so cold rooms were used to store 124 bodies.

The final accident report includes a listing of surviving and dead passengers and crew. All 12 crew members were Ethiopians. Six survived, including the pilot and copilot.

The passengers originated from 36 countries.

The passenger manifest (including hijackers but not crew members) follows:

The dead passenger count includes the three hijackers. Of the passengers, 42 originated in Bombay, including:

The rest of the passengers originated in Addis Ababa.

Many of the passengers survived the initial crash, but they had disregarded or did not hear Leul's warning not to inflate their life jackets inside the aircraft, causing them to be pushed against the ceiling of the fuselage by the inflated life jackets when water flooded in. Unable to escape, they drowned. An estimated 60 to 80 passengers, strapped to their seats, presumably drowned.

Leul and Yonas both survived. For his actions, Leul was awarded the Flight Safety Foundation Professionalism in Flight Safety Award.

Among those killed was Mohamed Amin, a wartime photojournalist and publisher of Selamta, Ethiopian Airlines' in-flight magazine. He was believed to be standing near the entrance to the cockpit arguing or negotiating with the hijacker presumed to be guarding the cockpit during the final moments of the flight. Brian Tetley, Amin's colleague, also died.

CIA officer Leslianne Shedd, who was posted to Ethiopia, died in the crash. At the CIA's 2012 Annual Memorial Ceremony to Honor Fallen Colleagues, the Agency recalled survivors of the crash telling the CIA that "Leslianne...spent her final moments comforting those around her."

Franklin Huddle, the U.S. Consul General of Bombay at the time, and his wife Chanya "Pom" Huddle both survived the crash. Huddle said that he chose to fly on Ethiopian Airlines while planning a safari trip to Kenya because of the airline's reputation; it was one of the few airlines in Africa to have Federal Aviation Administration certification. Huddle wanted a flight during the day, reasoning that flying during the day was "safer." He credits his and his wife's survival to a last-minute upgrade to business class.

Other passengers who died on the aircraft included Lt.Gen.(Ret.) Antal Annus, the Hungarian ambassador to Kenya and a French foreign ministry official.

A memorial service was held in Galawa on 30 November 1996.

The incident has become a well-known hijacking because of the videotape. This was one of very few large airliner water landings, and was the first hijacked water landing. Both the captain and first officer of the flight received aviation awards, and both continued to fly for Ethiopian Airlines.

The crash was featured in three episodes of Mayday (Air Emergency, Air Crash Investigation, Air Disasters (Smithsonian Channel)). The first appearance was in season 1 to explain what might have happened if Air Transat Flight 236 had ditched instead of landing in a nearby airport. In season 3, an episode ("Ocean Landing") covered the events of Flight 961 in detail. Most recently, it featured in the season 10 episode covering US Airways Flight 1549, to explain the risks of that crew's decision to ditch in the Hudson River. It was also featured in a 2010 episode of the Biography Channel series I Survived..., in which a survivor told his story of what happened on the plane.

The contents of this page are sourced from Wikipedia article on 02 Jun 2020. The contents are available under the CC BY-SA 4.0 license.
View Leul Abate 's image gallery
Image Gallery 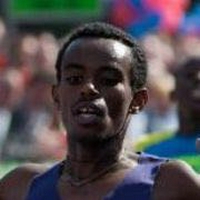