Lester Keith Piggott (born 5 November 1935) is a retired English professional jockey. With 4,493 career wins, including nine Epsom Derby victories, he is widely regarded as one of the greatest flat racing jockeys of all time and the originator of a much imitated style. Popularly known as "The Long Fellow" he was known for his competitive personality, keeping himself thirty pounds under his natural weight, and on occasion not sparing the whip on horses such as Nijinsky. Piggott regarded Sir Ivor as the easiest to ride of the great winners.

Lester Piggott was born in Wantage to a family that could trace its roots as jockeys and trainers back to the 18th century. The Piggotts were a Cheshire farming family who in the 1870s ran the Crown Inn in Nantwich for at least 40 years. Lester's grandfather Ernest (Ernie) Piggott (1878–1967) owned a racehorse stable at The Old Manor in Letcombe Regis and his father (Ernest) Keith Piggott (1904–1993) another at South Bank in Lambourn, where Lester lived until 1954. Ernie Piggott rode three Grand National winners, in 1912, 1918 and 1919 and was married to a sister of the jockeys Mornington Cannon and Kempton Cannon, who both rode winners of the Derby, in 1899 and 1904 respectively. He was also three-times British jump racing Champion Jockey (in 1910, 1913 and 1915). Keith Piggott was a successful National Hunt jockey and trainer, winning the Champion Hurdle as a jockey in 1939 and the Grand National as a trainer in 1963 with Ayala, becoming the British jump racing Champion Trainer of the 1962–63 season. Lester Piggott is the cousin, through his mother Lilian Iris Rickaby, of two other jockeys, Bill and Fred Rickaby. Fred Rickaby was British flat racing Champion Apprentice in 1931 and 1932.

Piggott is married to Susan Armstrong. They married at St. Mark's church, North Audley Street, London in 1960. Her father, Sam Armstrong, and her brother, Robert Armstrong, were both racehorse trainers. They have two daughters, Maureen, an ex-eventer (married to Derby-winning trainer William Haggas) and Tracy (a sports presenter on Irish television station RTÉ). He also has a son, Jamie, from a relationship with Anna Ludlow. His house is named after a famous racehorse from history—Florizel.

Career as a jockey

Piggott began racing horses from his father's stable when he was 10 years old and won his first race in 1948, aged 12 years, on a horse called "The Chase" at Haydock Park. Piggott is known for his quiet demeanor. He describes his mother as wisely downplaying his success, while his father rarely gave advice unless there had been a particular mistake. By his teens a sensation in the racing world, he rode his first winner of the Epsom Derby on Never Say Die in 1954 aged 18 years and went on to win eight more, on Crepello (1957), St. Paddy (1960), Sir Ivor (1968), Nijinsky (1970), Roberto (1972), Empery (1976), The Minstrel (1977) and Teenoso (1983). He was stable jockey to Noel Murless and later to Vincent O'Brien and had a glittering career of unparalleled success. Known as the "housewives' favourite", Piggott had legions of followers and did much to expand the popularity of horse racing beyond its narrow, class-based origins.

Famously tall for a jockey (5 ft 8 in/1.73 m), hence his nickname of "The Long Fellow", Lester Piggott struggled to keep his weight down and for most of his career rode at little more than 8 stone (112 lb/51 kg). He pioneered a new style of race-riding that was subsequently widely adopted by colleagues at home and abroad and enabled him to become Champion Jockey eleven times.

In 1980 his relationship with the Sangster–O'Brien combination came to an end and he was appointed as stable jockey to Noel Murless's son-in-law Henry Cecil, the British flat racing Champion Trainer, at Murless's old stables, Warren Place. He was again champion jockey in 1981 and 1982. However, as the result of a dispute in late 1983 as to whether he had reneged on an agreement to ride Daniel Wildenstein's All Along, Piggott's ride in the Prix de l'Arc de Triomphe went instead to Walter Swinburn, with Wildenstein refusing to allow him to ride any more of his horses. It was costly for Piggott, as All Along won the Arc and a string of other international races in an autumn campaign that ended with her being named US Horse of the Year. Further, as Wildenstein was one of Cecil's principal owners, this placed a strain on the relationship, and in 1984 Cecil and Piggott split, with Steve Cauthen taking over at Warren Place.

Piggott lives near Newmarket in Suffolk.

Piggott retired as a jockey at the end of the 1985 flat season and became a trainer. His Eve Lodge stables housed 97 horses and sent out 34 winners. His burgeoning new career as a trainer was ended when he was convicted of tax fraud and jailed. He served 366 days. According to Piggott, a commonly-held belief, that he was prosecuted after using an undeclared bank account to make a final settlement of his tax liabilities, is a myth. He resumed his career as a jockey in 1990 and won the Breeders' Cup Mile on Royal Academy within ten days of his return. He was stripped of his OBE (which he had been awarded in 1975). He rode another Classic winner, Rodrigo de Triano, in the 1992 2000 Guineas. His last win was in October 1994 and he officially retired in 1995. In 2004 he published the book Lester's Derbys.

On 15 May 2007 he was admitted to intensive care in a Swiss hospital following a recurrence of a previous heart problem. His wife stated that this illness was not life-threatening and that he was recovering in intensive care as a precaution. He attended Royal Ascot in June 2007 and the Epsom Derby in June 2008 where he tipped the winner, New Approach, during a BBC television interview. He was also present for Gold Cup day at the Cheltenham Festival in March 2009, where he was interviewed in the parade ring.

The annual jockey awards The Lesters, inaugurated in 1990, are named in his honour.

In 1999, the Racing Post ranked Piggott as second in their list of the Top 50 jockeys of the 20th century, behind Gordon Richards.

The British music band James recorded a song named "Sometimes (Lester Piggott)" on their album Laid. It has a beat which is like a horse galloping. The outro on the original 12" of Sit Down also featured a falsetto voice singing the jockey's name.

The Hope and Anchor public house in Ramsgate Road, Margate, Kent was restyled with the Off-License removed and renamed The Thomas Telford. It was further renamed 'Lesters' after the jockey, Lester Piggott.

The Van Morrison song "In the Days Before Rock 'n Roll" also mentions Piggott by name: "When we let, then we bet / On Lester Piggott when we met [ten to one] / And we let the goldfish go"

In 1992, the Queen agreed, under pressure, to pay taxes. The satirical magazine Private Eye showed a picture of her talking on a telephone, asking for Lester Piggott.

One episode of the ITV series Cracker has DCI Wise advising Jimmy Beck (in trouble for beating a suspect) that "You're going on more courses than Lester bloody Piggott!"

One episode of the BBC Radio 4 comedy series "Ed Reardon's Week", series 4, episode 1, Title: "January the 31st", Ed tries to claim tax deductions for armagnac in his coffee as a professional writer's expense. The local Aylesbury tax official removes the alcohol deduction and mentions being taught two cases in training, the latter case being that of Lester Piggott.

He was frequently caricatured on Spitting Image, complete with mumbling diction which was always accompanied by subtitles.

Career as a jockey 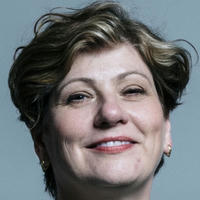