Leslie Marian Uggams (born May 25, 1943) is an American actress and singer. Beginning her career as a child in the early 1950s, Uggams is recognized for portraying Kizzy Reynolds in the television miniseries Roots (1977), earning Golden Globe and Emmy Award nominations for her performance. She had earlier been highly acclaimed for the Broadway musical Hallelujah, Baby!, winning a Theatre World Award in 1967 and the Tony Award for Best Actress in a Musical in 1968.
Later in her career, Uggams appeared opposite Ryan Reynolds in Deadpool (2016), portraying Blind Al, the sharp, foul-mouthed roommate of Reynolds' Wade Wilson and Empire

Uggams was born in Harlem, the daughter of Juanita Ernestine (Smith), a Cotton Club chorus girl/dancer, and Harold Coyden Uggams, an elevator operator and maintenance man, who was a singer with the Hall Johnson choir. She attended the Professional Children's School of New York and Juilliard. She met her husband, Grahame Pratt while she was performing in Sydney; they married in 1965. After their wedding, the couple decided to reside in New York, in part to avoid America's racial segregation laws of that time.

Uggams started in show business as a child in 1951, playing the niece of Ethel Waters on Beulah. Uggams made her singing debut on The Lawrence Welk Show and was a regular on Sing Along with Mitch, starring record producer-conductor Mitch Miller. In 1960, she sang, off-screen, "Give Me That Old Time Religion" in the film Inherit the Wind. Uggams came to be recognized by TV audiences as an upcoming teen talent in 1954 on the NBC/CBS hit musical quiz show series Name That Tune (1953–59), along with child hitmaker Eddie Hodges. Her records "One More Sunrise"(an English-language cover of Ivo Robic's "Morgen", 1959) and "House Built on Sand" made Billboard magazine's charts.

She appeared in her own television variety show, The Leslie Uggams Show in 1969. This was the first network variety show to be hosted by an African American since The Nat King Cole Show of the mid-1950s. She had a lead role in the 1977 miniseries Roots, for which she received an Emmy nomination, as Kizzy. In 1979, she starred as Lillian Rogers Parks in Backstairs at the White House, a miniseries for which she was nominated for an Emmy Award for Best Actress. She also made guest appearances on such television programs as I Spy, Hollywood Squares, Fantasy, The Muppet Show, The Love Boat and Magnum, P.I.. In 1996, Uggams played the role of Rose Keefer on All My Children. Her film career included roles in Skyjacked (1972), Black Girl (1972) and Poor Pretty Eddie (1975), in which she played a popular singer who, upon being stranded in the deep South, is abused and humiliated by the perverse denizens of a backwoods town. She later appeared in Sugar Hill (1994) opposite Wesley Snipes, and played Blind Al in Deadpool (2016) in February 2016. In April 2016, she portrayed Leah Walker, the bipolar mother of Lucious Lyon in the hit Fox series Empire.

Uggams was picked to star in Hallelujah, Baby! after Lena Horne declined the role of Georgina. The musical premiered on Broadway in 1967 and "created a new star" in Uggams. She won the Tony Award for Best Actress in a musical (in a tie with Patricia Routledge). She appeared on Broadway in the revue Blues in the Night in 1982 and in the musical revue of the works of Jerry Herman, Jerry's Girls in 1985. Uggams replaced Patti LuPone as Reno Sweeney in the Lincoln Center revival of Cole Porter's musical Anything Goes on Broadway in March 1989. She had played Reno in a US tour in 1988–1989. Later Broadway roles include Muzzy in Thoroughly Modern Millie (2003–2004) and Ethel Thayer in On Golden Pond at the Kennedy Center in 2004 and on Broadway at the Cort Theatre in 2005.

In 2001, she appeared in the August Wilson play King Hedley II, receiving a nomination for the Tony Award, Best Actress in a Play. In January 2009, Uggams played Lena Horne in a production of the stage musical Stormy Weather at the Pasadena Playhouse in California. In June 2012, Uggams played Muzzy in a production of Thoroughly Modern Millie at The Muny in Saint Louis, Missouri. In 2014, she starred as Rose in Connecticut Repertory Theatre's Nutmeg Summer Series production of Gypsy. 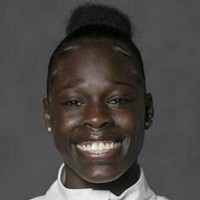 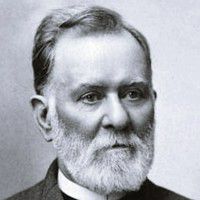 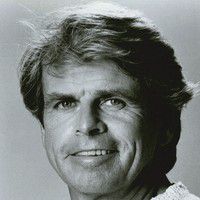 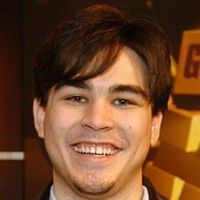