As his father, Leopold Philip entered in the service of the Imperial Habsburg army. When his father died in 1680, he took over command as Colonel of his Cuirassier-Regiment and became later Field Marshal-Lieutenant. He also became captain of the Imperial Trabanten-Leibgarde, Geheimrat and Knight in the Order of the Golden Fleece. In 1689 his title was raised to Reichsfürst. In 1695 Montecuccoli purchased a plot of land in the area of Laxenburg in order to establish a summer residence close to the Habsburg-family's castles. This plot was developed further after his death and is nowadays known under the name Palais Kaunitz-Wittgenstein.

He married Countess Maria Antonia Colloredo. When he died in 1698 at the age of 35, Philip and Maria had no children, and his title became extinct. 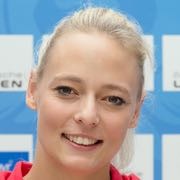