Leopold III (1 November 1351 – 9 July 1386), known as the Just, a member of the House of Habsburg, was Duke of Austria from 1365. As head and progenitor of the Leopoldian line, he ruled over the Inner Austrian duchies of Carinthia, Styria and Carniola as well as the County of Tyrol and Further Austria from 1379 until his death.

Born in Vienna, Leopold was a younger son of Duke Albert II of Austria (thereby a grandson of King Albert I of Germany), and younger brother of the Dukes Rudolf IV and Albert III. His mother, Joanna of Pfirt, a daughter of Princess Joanna of Burgundy, was 51 when she gave birth to him and died shortly after. Upon the death of Albert II, his eldest son Rudolf IV, called the Founder, assumed the rule over the Habsburg dominions, despite the regulations on a joint rule left by his father. Nevertheless on 18 November 1364 he promulgated his own house law (Rudolfinische Hausordnung), according to which the Austrian "hereditary lands" were again declared a common possession of the brothers, though the eldest received a number of additional rights.

After Rudolf's death on 27 July 1365, Albert III and Leopold (their elder brother Friedrich had died in 1362) assumed the rule over the Habsburg lands, with Albert taking the additional rights as eldest. While Albert ruled, Leopold became a general leading Habsburg troops in battle. In 1368 he defeated a Bavarian incursion into Tirol, bringing all of Tirol under Habsburg authority in 1370. In 1372 Leopold broke with his brother over rights, prestige and income that he felt he was owed. On 25 July 1373 the brothers signed a peace treaty which granted Leopold control over Tirol, Further Austria and Carniola while income would be split between the dukes. In 1375 their relative [Enguerrand VII, Lord of Coucy|Enguerrand VII de Coucy]] led a mercenary army into Alsace and Switzerland to capture the Habsburg possessions of Sundgau, Breisgau and the county of Ferrette in the Gugler war of 1375. After Leopold was unable to defeat his cousin, he retreated to Breisach on the Rhine. A coalition of Swiss cities then attacked and drove the Gugler army out of their country and ended the war.

By 1375 Leopold had inherited the former Gorizia possessions in the Windic March, White Carniola, Friuli and Istria and the city of Feldkirch in Vorarlberg. On 6 Aug 1376 he was granted the right to make alliances with foreign rulers. In 1377 Albert traveled to Prussia for about five months, leaving Leopold in charge of all the Habsburg lands. During this time, Leopold signed a peace treaty with one of his brother's bitterest rivals, Heinrich von Schaunberg. When on 7 July 1379 he and Albert III signed the Treaty of Neuberg, Leopold became the exclusive ruler of Styria (then including Wiener Neustadt), Carinthia, Carniola, Tyrol and the Further Austrian lands in Swabia. In 1382 he was granted the city of Trieste as part of his payment for defeating Venice.

Leopold significantly promoted trade and commerce in the Tyrolean lands, encouraging the development of cities such as Meran. He gained control over the city of Basel in 1376 and could also purchase Laufenburg from his Swabian Habsburg cousins ten years later, however, his further attempts to expand his position in Switzerland failed, when he was killed in the Battle of Sempach.

Initially buried in Königsfelden Monastery, his mortal remains were transferred firstly to St. Blaise Abbey in a solemn ceremony on 14 November 1770, and finally to Saint Paul's Abbey, Carinthia.

He was married, on 23 February 1365, to Viridis Visconti (1352–1414), second daughter of Barnabò Visconti, Lord of Milan, and Beatrice Regina della Scala. The marriage produced four sons and three daughters including the following: 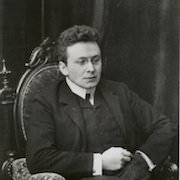