Leonidas Chantzaras (born on July 29), better known by his artist name Freakchild (also sometimes stylized as DaFreakchild) is a Greek-German multi-gold and platinum songwriter, producer, publisher, A&R and former singer. Leonidas Chantzaras is the CEO of his own management company The Company MGMT, publishing company The Store! and record label 300* Records. He is currently personally in contract with BMG Rights Management as a songwriter. Template:Promotion In total, Leonidas Chantzaras is responsible for having written and/or produced 17 Platinum and more than 5 Gold records in Europe and Asia. His co-writes include people such as Steve Lee (Britney Spears), Michael Jay (Celine Dion), Rasheem "Kilo" Pugh (Lauryn Hill), Curtis Richardson (Jennifer Lopez) and Deekay (Blue). Leonidas has worked with some of today's talents such as...Elena Paparizou, Anna David.

Leonidas Chantzaras is also known for his relevant articles written in his blog Yes I Said It ! (The Realities of being a Songwriter).

The Company MGMT, was founded by Leonidas Chantzaras in 2011. After several years in the music business as a platinum writer/producer, as well as an A&R and consultant, Leonidas Chantzaras decided to form a management company that provides an unseen network and a strong promotion ability to his clients.

The Store! publishing was founded by Leonidas Chantzaras in 2013.
Main writers signed are:

In 2012, Leonidas Chantzaras created his own record label 300* Records in a joint venture with Feelgood Records in Greece (which acquired Sony Music Greece).
Main acts signed are: 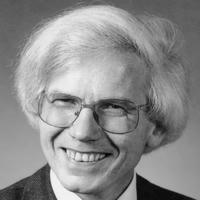