Born at Samara, Serebryakov was originally a metalworker. In 1905 he joined the Bolsheviks, for which he actively campaigned. After the Russian Revolution (1917) he climbed to the higher ranks in the Communist Party. In 1919 he became a member of the Secretariat of the Central Committee of the Communist Party of the Soviet Union, together with Nikolai Krestinsky and Yevgeny Preobrazhensky. The three secretaries supported Leon Trotsky when he had a dispute with Lenin over the trade unions. At the Tenth Party Congress in March 1921, Lenin's faction won a decisive victory on this dispute, and Serebryakov and the other two secretaries of the Central Committee had to resign. Afterwards he worked with Stalin on the Military Council of the Southern Front during the Russian Civil War. After Lenin's death he joined the Left Opposition of Leon Trotsky. Eventually this led to his downfall: in 1936 he was arrested for alleged membership of a terrorist Trotskyite organization. While Serebryakov was under arrest, his prosecutor Andrey Vyshinsky misappropriated his house and money. During the second Moscow Show Trial in January 1937, Serebryakov was sentenced to death after a forced confession by torture and executed shortly afterwards.

Serebryakov was rehabilitated in 1988. He was married to the writer Galina Serebryakova. 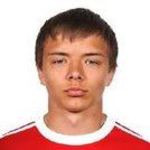