Leonhard Tietz was born on 3 March 1849 in Birnbaum an der Warthe, Province of Posen, Prussia (today Międzychód, Poland) and died on 14 November 1914). He was a German merchant of Jewish origin.

On 14 August 1879, he opened his first department store in Stralsund, with not much more than the idea that it should be possible to sell high quality products at fixed prices for cash. He was the first to introduce a money back guarantee. From 1891, a shop of his was to be found in Cologne.

In 1905, his enterprise was transformed into a joint stock company. After his death, his son Alfred Leonhard Tietz was to lead the firm until 1933, when the NSDAP came to power, and forced the "Aryanisation" of Jewish enterprises. The business was renamed Westdeutsche Kaufhof AG, but, in contrast to many other Jewish businesses, the internal structure was not changed.

The Tietz family was forced to sell their shares under market value; they emigrated, and were refunded after the end of World War II with 5 million DM. Today, the department store chain Kaufhof AG is the direct descendant of the tiny shop opened in 1879. 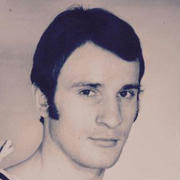