Saint Leonardo Murialdo (26 October 1828 – 30 March 1900) was an Italian priest from Turin who established the Congregation of Saint Joseph - also known as the Murialdines. He was canonized in 1970.

Leonardo Murialdo was born on 26 October 1828 in Turin, one of nine children of wealthy parents. His father, stock-broker, died in 1833. In 1836 "Nadino" and his brother Ernesto were sent to the Piarist boarding school in Savona, which he attended until 1843. Upon his return to Turin, he studied theology and was ordained to the priesthood in 1851. He immediately chose to work at the Oratory of the Guardian Angel, which was run by his uncle. It was one of the first oratories of Turin to minister to poor and abandoned boys on the periphery of society. From 1857 to 1865 he was, at the request of John Bosco, director of the Oratory of Saint Aloysius.

In 1865 Murialdo went to the seminary of Saint-Sulpice in Paris to further his studies in moral theology and canon law. While there he attended a Conference of the Society of Saint Vincent de Paul. He also visited London. Murialdo returned to Turin in 1866 and was put in charge of the Artigianelli Boarding School, where young men were educated and taught a trade.

In 1870 Murialdo became the director of the Oratory of St. Martin. In 1871 he organized the Union of Catholic Workers on behalf of the women and young people who worked in factories. In the same year he was among the promoters of the popular Catholic libraries.

In 1873 Murialdo established the Congregation of Saint Joseph (Josephites of Murialdo) in honor of Saint Joseph as a model for laborers. The aim was to support apprentices and people in trades. He founded, as well, an agricultural school. He also established a center for delinquents.

The formal cause of canonization started under Pope Benedict XV on 23 November 1921 and conferred on him the title of Servant of God. The work culminated in the declaration of his life of heroic virtue on 26 April 1961 when Pope John XXIII proclaimed him to be Venerable. Pope Paul VI beatified him on 3 November 1963 and later canonized him less than a decade later in 1970.

The parish of San Leonardo Murialdo is in Milan.

The Instituto Leonardo Murialdo, located in Albano Lazio, is run by the Josephites of Murialdo and provides both primary and secondary education.

The Oratory of St. Leonardo Murialdo in Popesti Leordeni is a youth center established by the Congregation of the Josephites of Murialdo. 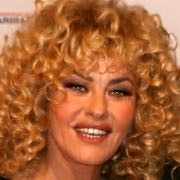 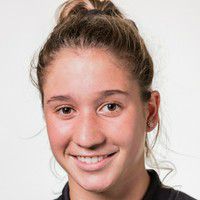