Leonard Tazvivinga Dembo (6 February 1959 – 9 April 1996) was a Zimbabwean musician whose band, the Barura Express, became popular in Zimbabwe during the 1990s.

Dembo was born on the 6th of February 1959 in Chivi, Masvingo province of Zimbabwe. His ancestral origins of his Karanga tribe, which is the largest tribe in Zimbabwe, is Masvingo — Where anyday one visits the local stores in the province, can only hear Leonard Dembo's music being played. The real name of Leonard Dembo is Kwangwari Gwaindepi[1] The early childhood of Leonard Dembo is not fully documented. However, from his relatives, Leonard Dembo is believed to have grown up without his father, an experience he later on reflected in his song writing, particularly in such songs as Nhamo Moto and Nhamo Iya ndakura Nayo. He attended primary school initially in Buhera, and later in Bulawayo, and also in Chembira School, Harare. He did not attend secondary school. On completing primary school he returned to Bulawayo looking for work.

It is believed that Dembo was interested in singing from as early as age of nine when he was a shepherd-boy and later when he moved to Bulawayo to look for work to do soon after the Zimbabwean Independence. He was largely inspired by the success of such other musicians such as Jonah Moyo and the Chimbetu Brothers.

Failing to make it in Bulawayo, Zimbabwe's second largest city, Leonard Dembo moved to Harare where in 1982 he joined an outfit known as the Outsiders. Here he was quickly identified as a talented young guitarist as he used to play the lead guitar. He even broke the charts with his early hit Dambudzo and Manga Majaira Matsotsi, the later song which he released under the name of a band known as Five Notes.

Due to some disagreements over partnership laws and band management, Leonard Dembo quickly broke ranks with his colleagues in the Outsiders/Five Notes outfit. This was especially precipitated by his success in his first album, Mai vane Vana Vavo(1984) and a single hit, Venenzia.. He succeeded to team up with few other friends and in 1985 formed the Barura Express. Despite the widely attributed meaning of this name to "Nonstop beats", Dembo's childhood friends and especially his young brother believes that The name "Barura" could have been inspired from the mountain in Buhera called Barura Mountain, since his mother hailed from that area. From the time Leonard Dembo took charge of his new outfit, he never looked back. In fact, from the year 1985, Dembo had been releasing hit after hit, beginning with Murombo (Poor Man). This track appealed to most young men of the time as it addressed the question of poor bachelors who expect to get married soon. Other tracks included Chidhidhi, Kugaro Roja and so many other singles. His first album was Amai Nevana Vavo(1984). Others soon followed. These include:Nhamo Moto (1986), Kuziva Mbuya Huudzwa (1987), Sharai (1987), Kukura Kwedu (1988), Ruva Rashe (1989), Kukura Hakutani (1990, which was a twelve-inch disc), Chitekete (1991), Tinokumbira Kurarama /Madhiri(1992), Mazano (1993), Kutinya Marimba(1993), Nzungu Ndamenya (1994), Pawpaw (1994), Shiri Yakangwara (1995) and Babamunini (1996).

Dembo grew in popularity during the late 80s, but his breakthrough was the 1991 hit Chitekete, which became the most popular song in Zimbabwe since 1980.[2] The song was written years earlier when Dembo was a cattle herder, and it is about a young man who desperately wishes to get married to a beautiful lady. The track seemed to have introduced a new style of playing the rhythm guitar at the time. Its popularity can also be attributed to its heavy use of Shona proverbs and poetic stanzas. It sold more than 100,000 copies in the first 3 months it went on sale.[3] During this time, it became a popular wedding song. It was the only Zimbabwean song played at the Miss World Pageant in Namibia in 1996.

After the success of Chitekete, Dembo stuck with the spare, guitar band sound, and several more hits followed. "If a sound comes into my head three times," he said, "then I know it's a record. Dembo and his band, the Barura Express, perfected what is known as Zimbabwe rumba, consisting of hard-hitting rhythms and melodic arrangements for two electric guitars and bass guitar. Dembo died on 9 April 1996. Composition style

Dembo seemed to have been interested in songs of love. In fact, most of his songs are particularly loved by youth as they find them appropriate to their situations. Leornard was known as the King Of Sungura music, due to the lead guitarist skills he had from the creative melodies he created and which would match his beautiful unparalleled lead-vocal voice. The great mastery which he used to construct his music, and the amount of album production he did, gave him the nick name "Musoro We Nyoka", which literary translates to "Head of a snake". This refers to the slyness, willy attitude and intelligence of a snake, which Leonard Dembo was compared to. The poetic lyrics of his songs are cleverly crafted full of deep-rooted meanings. Arguably today still unmatched by any artist to come out of Zimbabwe. At various times, Dembo also used to address other social ills of his times, especially the suffering of the orphans and young kids. Although Dembo lived through the tumultuous years of Zimbabwean liberation struggle, he never seemed to be very much interested in the political affairs of his day. However, he sang a few tunes such as Kana Ndorangarira found on his 1987 album, Kuziva Mbuya Huudzwa which immediately found itself a hit on all the radio stations in the land. He even alluded to the struggle in such songs as Matsotsi (when he said that now that people were free, those who used to thrive in pickpocketing were to be punished).

Dembo is still a legend in Zimbabwe as his songs still continue to sell widely and budding musicians find inspiration from his hits. By 2008, despite other great hits on the market, no song has so far surpassed the popularity of Chitekete released seventeen years ago. 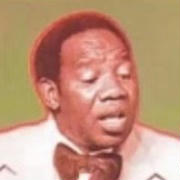 Member of the Cabinet of Zimbabwe