Leonard Eugene Boyle, OP, OC (13 November 1923 – 25 October 1999) was an Irish and Canadian scholar in medieval studies and palaeography and was the first Irish and North American Prefect of the Vatican Library in Rome from 1984 to 1997.
Born in Ballintra, County Donegal, Ireland. Boyle spent some years in Tralee following the death in 1940 of his older brother John. The latter was a member of the police (Garda Síochána) and drowned while on holiday in Ballybunion, Co. Kerry July 1940 and acted as Boyle's father following the death of his mother 1933. Leonard was educated in Irish and entered the Dominican Order in 1943. He was ordained a priest in 1949 having received his doctorate in Oxford. He frequently visited Tralee, where a number of his family still reside, and he was involved in many projects in the town. His immense knowledge and expertise in historical and archaeological issues was freely given in order to enhance the town. Of particular concern was his hope that the site of the original Dominican Priory at the centre of the town be conserved for future archaeological excavation. After moving to Toronto, he taught at the Pontifical Institute of Mediaeval Studies, and at the Centre for Medieval Studies at the University of Toronto from 1961 to 1984. He also served as Professor of Latin Palaeography and History of Medieval Theology at the Pontifical University of St. Thomas Aquinas, Angelicum in Rome from 1956 to 1961.
In 1984 he was appointed Prefect of the Vatican Library by Pope John Paul II. This appointment took Boyle by surprise but would appear to have been a recognition of his immense scholarship, expertise in antiquity and renowned interest in learning as a whole. In an effort to modernize the Vatican Library, Father Boyle set about the digitization of the library's many thousands of manuscripts that dated from hundreds of years BC, which would lead to their greater availability to scholars around the world. Boyle also extended the opening hours of the library and employed women for the first time as part of the library's staff. In 1987, he was made an Officer of the Order of Canada. In 1997, he was ousted as Prefect after "his dealings with some American fund-raising associates resulted in lawsuits involving the Vatican.
Known for his wit and independence of mind and spirit, Boyle was once asked of his interest in being a Cardinal given the fact that all of his predecessors went on to be Cardinals. His reply was in the negative saying 'nothing but the papacy' would do him.
Father Boyle was buried in his beloved Basilica di San Clemente, in 2000 a year after his death, following official desire to give him the honour of interment in the vaults of San Clemente — one of Rome's holiest and most historical shrines. 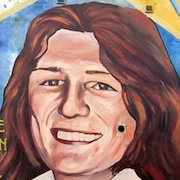 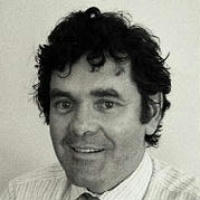