Len Tuckey is an English musician, songwriter, composer, and record producer. In a career spanning more than 40 years, Tuckey was the guitarist for The Attack, and The Nashville Teens, and came to prominence in the early 1970s as the lead guitarist for Suzi Quatro. He is credited as the co-writer of many of Quatro's songs, including hits such as "Mama's Boy".

In the 1960s Tuckey was a member of the band The Attack, but in 1968 Tuckey left them and joined The Nashville Teens, and in 1972 Tuckey joined Suzi Quatro's backing band and came to worldwide prominence. He also formed blues-rock band "Legend" with Bill Legend of T. Rex. 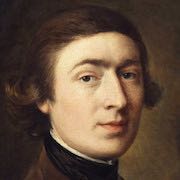