Leila Ida Nerissa Bathurst Waddell, also known as Laylah, (10 August 1880 – 13 September 1932) was a daughter of Irish immigrants to Australia, Mr and Mrs David Waddell of Bathurst and Randwick. Part-Maori, she was a voluptuous beauty and became a famed Scarlet Woman of Aleister Crowley, and a powerful historical figure in magick and Thelema in her own right. While Creswell states Leila was part Maori he provides no evidence of this, in fact NSW birth deaths and marriages records show she was the grand daughter of John Crane (Coventry) and Janet McKenzie (Fort William Inverness) and John Waddell (Monaghan) and Elizabeth McAnally (Monaghan).

Waddell was born in Bathurst, New South Wales. She was the daughter of Mr. David Waddell of Bathurst and Randwick and Mrs Waddell of Bellevue Hill.

A pupil of Mr. Henry Stael, Miss Waddell taught violin at the Presbyterian Ladies College, Sydney, (Croydon) and at the Ascham School and Kambala School. She made her public debut at the organ recitals of the then city organist Mr. Arthur Mason. In 1906 she joined as a soloist The Brescians, a party from Europe, who appeared in peasant festival costumes in association with J.T. West’s early cinematograph shows.

In 1908, Mr. West introduced her to London and she achieved success as the leader of the Gipsy Band in “The Waltz Dream” at Dalys Theatre. As The Ragtime Gipsy, Miss Waddell won fame in vaudeville throughout England. It was while in London that she met Aleister Crowley.

She later toured Europe with a party which she formed (with Crowley's assistance) of six girl violinists with a talent for stately dancing – 'The Ragged Ragtime Girls' – and also with trios and quartets. The vaudeville troupe also visited America and Russia, promoted by Crowley. In America she studied under the great teachers including Leopold Auer. She traveled across the country appearing in all the great cities.

She was familiarly addressed by Crowley as "Laylah," and was immortalized in his 1912 volume The Book of Lies and his autobiography The Confessions of Aleister Crowley. Crowley referred to her variously as 'Divine Whore', 'Mother of Heaven', 'Sister Cybele', and 'Scarlet Woman'. They studied the occult and took mescaline together. Crowley's famous Book of Lies was largely dedicated to Waddell, with poems like "Duck Billed Platypus" and "Waratah Blossoms". A photograph of her in ritual is reproduced in the volume.

Waddell herself was an accomplished writer, magician, and a founding member of the original company of the Rites of Eleusis. In Oct and Nov 1910, Crowley starred Waddell and other members of his magical order the Argenteum Astrum, in his series of dramatic planetary-based magical rites, the Rites of Eleusis, at London's Caxton Hall.

In 1912 Waddell, and fellow Crowley students Mary Desti and Mary Butts, were given co-authorship credit on Crowley's Magick (Book 4) as they wrote down his words, helped shape them by asking defining questions, and elicited Crowley's commentary on pertinent points. Waddell performing during the Rites of Eleusis.

Laylah was, arguably, Aleister Crowley's most powerful muse, as she inspired numerous poems in addition to numerous chapters in The Book of Lies.

Crowley based two of his short stories on Leila – "The Vixen" and "The Violinist".

In 1915 Crowley stood at the base of the Statue of Liberty and declared an Irish republic in a long and impassioned speech accompanied by Waddell on the violin. The relationship with Crowley disintegrated as a consequence of his infidelities.

In 1923 Waddell returned to Sydney to nurse her ailing father. She performed with JC Williamson Ltd Orchestra at Her Majesty's Theatre and the Criterion, and with the Conservatorium and Philharmonic Societies Orchestras. In between times she resumed teaching, this time at the Convent School of the Sacred Heart in Sydney's Elizabeth Bay. She died, unmarried, of cancer at age 52. The Sydney Morning Herald noted: 'Besides possessing an excellent technique, Miss Waddell's style as a violinist was particularly marked by charm and refinement.'

Australian who murdered his family 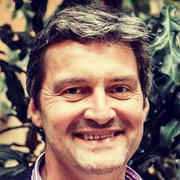